GetWisdom
Published 4 months ago |
To see the rest of this video please go to https://www.getwisdom.com/heath-ledger-channeled-by-karl-mollison-15july2019/

Heath Ledger 4 April 1979 – 22 January 2008 was
an Australian actor and music video director. After
performing roles in several Australian television and
film productions during the 1990s, Ledger left for the
United States in 1998 to further develop his film career.


For his portrayal of Ennis Del Mar in Brokeback Mountain,
Ledger won the New York Film Critics Circle Award for Best
Actor and the Best International Actor Award from the
Australian Film Institute; he was the first actor to win
the latter award posthumously.[4] He was nominated for the
BAFTA Award for Best Actor in a Leading Role[5] and the
Academy Award for Best Actor.[6] Posthumously, he shared
the 2007 Independent Spirit Robert Altman Award with the
rest of the ensemble cast, the director, and the casting
director for the film I'm Not There, which was inspired
by the life and songs of American singer-songwriter Bob
Dylan. In the film, Ledger portrayed a fictional actor
named Robbie Clark, one of six characters embodying aspects
of Dylan's life and persona.

Ledger died on 22 January 2008 due to accidental intoxication
from prescription drugs. A few months before his death, Ledger
had finished filming his performance as the Joker in The Dark
Knight.

It was on the set of Brokeback Mountain that Ledger met
actress Michelle Williams. The two began a whirlwind
relationship, and their daughter, Matilda Rose, was born on
October 28, 2005 in New York City. Matilda Rose's godparents
are Ledger's Brokeback co-star Jake Gyllenhaal and Williams'
Dawson's Creek (1998-03) castmate Busy Philipps.

Problems with paparazzi in Australia prompted Ledger to sell
his residence in Bronte, New South Wales, and move to the
United States, where he shared an apartment with Williams
in Brooklyn, from 2005 to 2007. In September 2007, Williams'
father, Larry Williams, confirmed to Sydney's Daily Telegraph
that Ledger and Williams had ended their relationship.

On January 22, 2008, Ledger was found unconscious in his bed
by his housekeeper, Teresa Solomon, and his masseuse, Diana
Wolozin, at his apartment in the SoHo neighborhood of
Manhattan.

The views and opinions expressed in this video do not necessarily represent the views of Brighteon or its affiliates.
Related videos
02:12:41 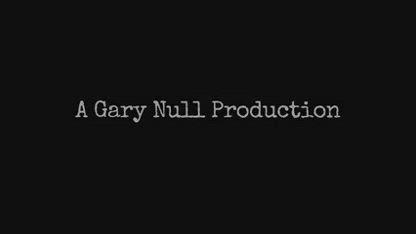