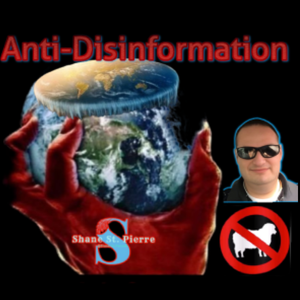 ⁣⁣What do these events have in Common: Hiroshima [Bombing], The Spanish flu of 1918, the moon landing?

What do these events have in Common:

-and the moon landing.

WHAT DO THEY HAVE IN COMMON?

But also consider this:

their [Cabal] power doesnt come from Reality. It comes from the PERCEPTION of reality.

the only REAL wealth in this world is.... knowledge.

Which you acquire from applying information.

So they weaponized information......

These three events all have the hallmarks of a faked, staged event, with the purpose of convincing the public of a BIG lie. A lie So big, the public would never believe it....unless they convince us with fake "proof"

So, how to get people to take poison vaccines..? make them think they saved the world in 1920.

How to convince people earth is round and space is real, and there is NOTHING TO SEE IN ANTARTICA>

How to Convince people nukes are real - make a giant boom and tell everyone how scary the super secret new atom splitting bomb is. but never use it again.

Control the press, dont allow reporting not controlled by you... annnnnd.. presto. We now have nukes. A universal fear weapon all governments can use for nearly anything they need it for

all the countries whip their "nukes " out when its time to measure dicks and rattle sabers. the only time they were ever used? that one very public, very organized, very referred to time.

Same thing with the dry run scamdemic prior to covid, which was in 1918. Where only the vaccinated died..... strange....