The truth be told
Published a year ago |
The Grand Illusion
A good analogy to this would be "the matrix" as explained by Morpheus:

"It is the world that has been pulled over your eyes to blind you from the truth."

"That you are a slave, Neo. Like everyone else, you were born into bondage. Born into a prison that you cannot smell, or taste, or touch.

A prison, for your mind."
Unfortunately, no one can be told what the matrix is. You have to see it for yourself
"I'm trying to free your mind... But I can only show you the door. You're the one that has to walk through it." — Morpheus

Slavery and the eight veils
by Don Harkins

Over the last several years I have evolved and discarded several theories in an attempt to explain why it is that most people cannot see truth -- even when it smacks them in the face. Those of us who can see “the conspiracy” have participated in countless conversations amongst ourselves that address the frustration of most peoples' inability to comprehend the extremely well-documented arguments which we use to describe the process of our collective enslavement and exploitation. The most common explanation to be arrived at is that most people just “don't want to see” what is really going on.

Extremely evil men and women who make up the world's power-elite have cleverly cultivated a virtual pasture so grass green that few people seldom, if ever, bother to look up from where they are grazing long enough to notice the brightly colored tags stapled to their ears.

The same people who cannot see their enslavement for the pasture grass have a tendency to view as insane “conspiracy theorists” those of us who can see the past the farm and into the parlor of his feudal lordship's castle.

Finally, I understand why.

It's not that those who don't see that their freedom is vanishing under the leadership of the power-elite “don't want to see it” -- they simply can't see what is happening to them because of the unpierced veils that block their view.
http://whale.to/b/sl.html
Keywords
veilsenslavementgovernment corruptionillusionconspiracymatrixmind controlliesawakening

The views and opinions expressed in this video do not necessarily represent the views of Brighteon or its affiliates.
Related videos
14:34 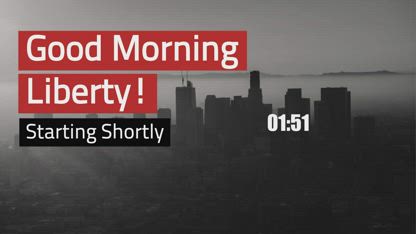 This ONE False Flag Attack Will Allow The U.N. To Takeover
Think About It
916 views
6:09