FrameWars
Published a month ago |
Why are they putting handcuffs on a citizen that's working or in a woman in a public square?
And the Justice doesn't say anything?
You have to fucking speak.
(Talking about Sergio Moro not coming out against mayors and governors having people arrested for going outside.)
You'll gonna be quiet? Until when?
Or do I have to keep on exposing myself?
You have to speak, put it out there.
Dish it out.
You can't put handcuffs. A decision of the Supreme Court itself.
And we're gonna be quiet? Until when?
They keep on humiliating our people.
And that's growing...
People keep on pointing at me: "I've voted on you, for you to do something..."
"Voted on you, so you make decisions."
And it is true.
I couldn't care less with the reelection.
And we have to think about that, all of us.
What these son of bitches want, Weintraub, is our freedom. (Minister of Education - Abraham Weintraub)
Look, how easy it is to impose a dictatorship in Brazil, how easy it is.
The people is locked in their house.
That is why I want, Minister of Justice and Minister of Defense,
That the people arm themselves.
That's gonna ensure that a motherfucker is going to show up and impose a dictatorship here.
Because it's easy to impose a dictatorship here. Too easy.
A fucking mayor makes a a fucking decree, handcuff people and keeps everyone at home.
If they were armed, they'd go to the streets.
And if I was a dictator, I'd want to disarm people.
Just like all the others disarmed people before they imposed their respective dictatorship.
That is when our demonstration, and I ask that Fernando and Moro sign the ordinance today...(Fernando Azevedo - Minister of Defense)
Because I want to give a fucking message to these assholes. (Mayors and Governors that are ordering people arrested.)
On why I'm arming the people.
Because I don't want a dictatorship here.
And it can't be postponed anymore.
Alright? It can't be postponed anymore.
Whoever doesn't accept my ideals, Damares...
(Damares Alves - Minister of Women, Family and Human Rights.)
Family, God, Brazil, guns, freedom of speech, free market...
Whoever doesn't accept that, is in the wrong government.
(He's talking about the Ministers not stepping up due to not believing such ideals)
Wait until 2022 Sir Alvaro Dias, Wait for Alckmin, wait for Haddad, or maybe Lula, right?
And you can go and be happy with them. In my government you're wrong.
It's to blow it wide, the gun question here.
I wan't everyone armed.
Because an armed people will never be enslaved.
Keywords
President of BrazilPresidente do BrasilCoronvirus HOAXCommunist PlotBrazilianBrasilianJair BolsonaroPlanDemicCOVID-1984Global governmentBolsonaroBrazilBrasilWorld GovernmentPolice StateCommunistCommunismNew World OrderPrison PlanetNWO

The views and opinions expressed in this video do not necessarily represent the views of Brighteon or its affiliates.
Related videos
16:07 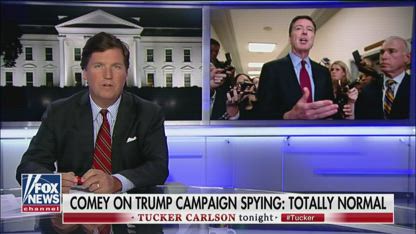