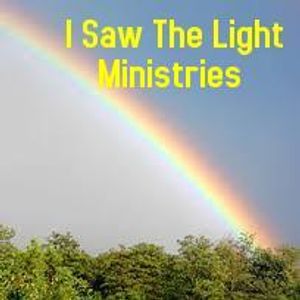 I Saw The Light Ministries
Published 3 years ago |
Gulf Oil Spill Related to Japan Nuke Crisis
Pre-warned in 2009 Movie "Knowing"!
In the DVD, at the opening credits it states "In association with MYSTERY CLOCK CINEMA".
Nickola Cage in sitting on his couch and the time is 11:59 pm at night. Nearing Midnight.
The time turns to 12:00 Midnight and his clock says "Japan"!
Then Breaking News on his TV that the Gulf Oil Spill explosion just happened.
Notice the words on the tv "malfunction in the cooling system".
Notice the first time Nickolas looks at the clock, He sees a book beside or behind the clock that is named "French Relations".
The news reporter says "Oct 15, 81". Nick looks at a paper with numbers on it.
0981424
81 for 1981.
what I can find on Oct 15, 1981
http://www.mrpopculture.com/files/October%2015,%201981.pdf
"The U.S. will dispatch two AWACS
surveillance planes to Egypt. They'll
provide early warning of any air
attacks against Egypt, particularly in
view of threats made by Libya.
The Senate Foreign Relations
Committee votes 9-8 to kill the
proposed sale of AWACS radar surveillance planes to Saudi Arabia. The concern
was secret military technology falling into Saudi hands. President Reagan
believes the move will hurt his Middle East peace process."

The White House fires Maj Gen. Robert Schweitzer -- the top
military officer on the National Security Council staff. The reason? In a speech,
he said that the "Soviets are on the move, they are going to strike."

French Relations:
France sent huge nuclear fuel shipment to Japan
Mar 1, 2009
CHERBOURG, France (AFP) — France is set to send recycled nuclear fuel to Japan in what environmentalists say is the biggest ever plutonium shipment and one that increases the chance of nuclear proliferation.
http://www.google.com/hostednews/afp/article/ALeqM5guimkoJakNdRoaqQjDZ10F6y7Mkg

Someone is claiming they have eye-witnessed 10,000 Chinese Military armored vehicles in Mexico
near Texas border. Now, the source of this report is reported to be on Steve Quayle website which has had
tons of false reports in the pass. However, there is a POSSIBILITY that this report could be true considering
the times we are now in and are now entering. so i don't completely discount it at all.
http://stevequayle.com/News.alert/11_Global/110315.alert.CH.troops.html