Evil has spread across the land. Martial Law: 9-11 Rise of the Police State exposes the high-tech control grid that is being set up across America.

Out of the ashes of the September 11th tragedy, a dark empire of war and tyranny has risen. The Constitution has been shredded and America is now a police state. This film exposes not just who was behind the 9/11 attacks, but the roots and history of its orchestrators.

Learn the terrifying secret that holds the future of the world in its grasp.

From the frontlines of the police state to the darkest sanctum of the secret society that controls it, Martial Law reveals the master-plan of a group hell-bent on capturing America today — and tomorrow the world.

The New World Order has set in motion the Fourth Reich.

Martial Law is a blazing spotlight piercing the electronic Berlin Wall of controlled corporate media. Plumb the depths of the elites' minds: their ideology, their driving philosophy, and uncover the power-mad cult of death that is sworn to turn the Earth into a prison planet. Discover the documented truth yourself — before it’s too late.

With a runtime of over 3 hours, the DVD version is really like four films in one.

An expose on the true magnitude of torture (which far surpasses what happened in Iraq)
The U.N. population control program
An actual chase scene in which Alex and his crew, while traveling at night around Manhattan in a cigarette boat, are pursued by the U.S. Coast Guard and the N.Y.P.D.
Keywords
Population ControlIraq WarTortureFourth ReichMaster PlanSecret SocietyTerrifyingGlobal GovernmentSeptember 11World GovernmentMartial LawTyrannyPolice StateNewswarsTerrorismConstitutionNew World OrderPrison PlanetAlex JonesEliteInfowarsUNHistory9-11911

The views and opinions expressed in this video do not necessarily represent the views of Brighteon or its affiliates.
Related videos
13:30 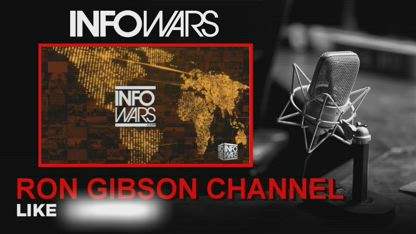