Trooper Buddy
Published a year ago |
Dresden February 13th to 14th 1945.
The bombing of Dresden was a British/American aerial bombing attack on the city of Dresden, the capital of the German state of Saxony, during World War II.
Dresden takes ones breathe away! Structural design can inspire, stimulate or alternatively stunt the spirit. In this manner Dresden truly is the city of real artists. Any creature that plotted to destroy such a place has no soul.

Incidentally while we are on the subject it is noteworthy to consider that though on the 3rd September 1939 the British Government declared war on Germany as MP Archibald Maule Ramsey pointed out “it very soon became apparent that no war was being conducted by Germany against this country. This was no surprise to those who knew the facts of the case. Hitler had again and again made it clear, that he never intended to attack or harm Great Britain or the British Empire…No one was quicker to perceive this than the pro-Jewish war mongers; and they and their friends inside and outside the House of Commons very soon began exerting pressure for…bombing of Germany to be started” and on the very evening of the day on which ‘the Great-Grand son of a plantation mulatto’ Winston Churchill became Prime Minister, May 11th, 1940 Britain’s Jewish occupied government started this ruthless form of war. In fact it was on Churchill’s orders that the RAF fired on any German aircraft. Even those specifically marked as medical relief were often shot down. However, nothing can compare to the saturation bombing Churchill–in collusion with Franklin Delano Roosevelt–had prepared for the city of Dresden between the night of February 13th and 14th 1945....
Continue reading....
https://antizionistleague.com/?s=Dresden+&submit=Search

The city of Dresden 1939
Population of 707,000.
The bombing of Dresden was a British/American aerial bombing attack on the city of Dresden. From February 13 to February 15, 1945, during the final months of World War II, Allied forces bombed the historic city of Dresden, located in eastern Germany. The bombing was controversial because Dresden was neither important to German wartime production nor a major industrial center, and before the massive air raid of February 1945 it had not suffered a major Allied attack. By February 15, the city was a smoldering ruin and an unknown number of civilians—estimated at somewhere between 35,000 to 45,000 were dead and hundreds of thousands more injured.
The raids on Dresden February 13–15, 1945, became a symbol of the “terror bombing” campaign against Germany, which was one of the most controversial Allied actions of the war.
You are not allowed to question this topic, because the jews use it to create there hoax.
https://www.google.com/search?q=Operation+Gomorrah&client=ms-android-samsung-ss&prmd=inv&sxsrf=ACYBGNRfSU-NSoizxJ32enTVuNJ3LUxQYQ:1569261029028&source=lnms&tbm=isch&sa=X&ved=0ahUKEwjfvsfxwOfkAhUOeisKHRsEA0MQ_AUIGCgB&biw=360&bih=612&dpr=3#imgrc=dOb6eqZ8TSRkxM
---
Operation Gomorrah was a campaign of air raids which began on 24 July 1943 and lasted for 8 days and 7 nights and it created 'Germany's Nagasaki'.
The Allied bombing of Hamburg during World War II included numerous attacks on civilians and civic infrastructure. As a large city and industrial centre, Hamburg's shipyards, U-boat pens, and the Hamburg-Harburg area oil refineries were attacked throughout the war.
The attack on Hamburg, Germany's second largest city, would be known as Operation Gomorrah, after the biblical city wiped out by fire and brimstone.
Air raids were nothing new. The agonies of Guernica, Warsaw, Rotterdam, London, Coventry and Cologne, where raids killed hundreds, were already seared on the international consciousness.
But Gomorrah in July 1943 would be on a new and terrible scale - unmatched by any other single Allied air attack in Europe during World War Two.
"There is in the UK a tendency to equate what happened in Hamburg and Dresden with what happened in London and Coventry.
"But Hamburg is on a completely different level - it is more comparable with what happened in Nagasaki ."
Gomorrah was rooted in failure. Bomber Command's early efforts were blackly laughable, with only a tiny percentage of bombs falling anywhere near their targets.
In 1941 it was calculated it took five tonnes of bombs to kill one German. The numbers of enemy dead were almost the same as Allied aircrews lost.
This prompted a change in tactics. Specific industrial targets were mostly abandoned.
Hamburg was the result of a deliberate policy. In a way it would be understandable - if you can't hit, say, an aircraft factory alone, you can try and hit anything around it.
"But this went further - it stopped trying to hit the aircraft factory, it specifically targeted the workers and their families."

The views and opinions expressed in this video do not necessarily represent the views of Brighteon or its affiliates.
Related videos
3:42 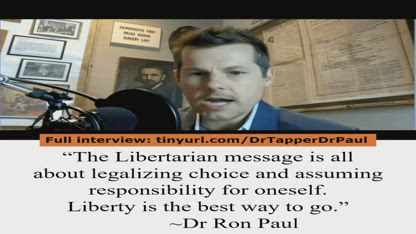 They Said It Couldn't Be Done
Trump Train
362 views