The Pete Santilli Show
Published 8 months ago |
Shop nowDonate
With public support for impeachment waning and the risk of a potentially disastrous Senate trial looming, House Democrats have suffered their first impeachment defection after Rep. Brenda Lawrence of Michigan said she no longer supports the effort.
"We are so close to an election. I will tell you, sitting here knowing how divided this country is, I don't see the value of taking him out of office," said Lawrence, who instead favors censuring President Trump over allegations that he withheld military aid in Ukraine for self-serving purposes, according to the Washington Examiner. E-Militia Article: Schiff Hits The Fan: First House Democrat ‘Abandons Schiff’ On Impeachment – E-Militia News http://ow.ly/COxo30pWLk1

GUEST: Robyn Gritz spent 16 years at the FBI and was one of our great national security advisors who worked with General Michael Flynn for more than a decade; She lost her job when she challenged corrupt members of the FBI. Upon her retirement she was Special Agent with extensive real world experience. Her work with the FBI included major positions and responsibilities:
Supervisor – Special Agent Counter-terrorism Division
Unit Chief – Executive Strategy Unit, WMD Directorate
Supervisory Special Agent – Washington Field Office Extraterritorial Counter-terrorism and Abductions
Robyn is is now suing her former employer after losing her job, for what she calls - the cost of telling the truth - Recently the Decorated Federal Agent Just Took a Flamethrower to the FBI TWITTER: https://twitter.com/vabelle2010

The views and opinions expressed in this video do not necessarily represent the views of Brighteon or its affiliates.
Related videos
8:57 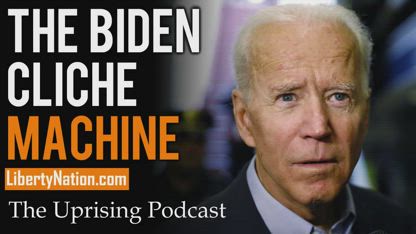 Response to the Sandy Hook, and every other, mass shooting, patterned after the Demand A Plan vid
comeandtakeit
297 views
35:40