SilverHurricane2970
Published 2 months ago |
A woman named Susanne Small expressed her view to her local GP and was detained under the Mental Health Act at Farnham Road Hospital, Guildford, for claiming electromagnetic radiation caused by 5G, phone masts, WiFi etc, is harmful to human health.

This, along with ridicule and other attempts to discredit are one of several strategies deployed by the State with their mainstream media propaganda networks use in a desperate attempt to silence ANY critical thinking or opposition to the 'received wisdom of the authorities'.

There is a lot of buzz in the mainstream fake news media about a 'second wave' of this manufactured ''virus''. The mainstream news is ALL fake and controlled by the Freemasonic banking cartel and their agents. They are doing their best to silence ALL critical dialogue not only on the 'virus' hoax but also about 5G and its deadly effects because this will be the engine for the mass slaughter of people, which the Coronavirus will then take the blame for. (Coronavirus is the cover story, the big bad wolf to blame - already waiting in the wings)

The only 'second wave' of mass illness and death will be caused by ELECTROMAGNETIC RADIATION from the installation of deadly 5G towers and equipment these bastards are installing DURING LOCKDOWN!!!! Not a phony media manufactured 'virus' jumping out of bats and into humans. Virology is a FRAUD just like allopathic medicine! (Which is controlled by the Rockefellers)

Do NOT trust the government or the mainstream media EVER, they are ALL FREEMASONS, Common Purpose, or members of Secret Societies OWNED and CONTROLLED by Bilderberg Eugenicists like Bill Gates, who wants to forcibly vaccinate people under the cover of 'inoculating from a 'virus' (which never existed as they are telling- incidentally, most members of the Bilderberg Group want to EXTERMINATE the world population, as outlined in the Georgia Guidestones). Depopulation is one of the MAJOR agendas of the New World Order.

The vaccines are deadly, adjuvant laced, causing the delayed onset of Cancer, brain damage, sterility, paralysis and death! With the HIGHLY QUESTIONABLE track record of Bill Gates and Melinda Gates and the damage their vaccines have done in India and the Third World, only a fool would trust them, the Government, or the Big Pharmaceutical companies now.

Gates and the Rockefeller Foundation are partnered with ID2020 where they want to microchip every single human being on the planet with a 'Digital ID'. (Mark of the Beast?) The vaccines being proposed purportedly contain microchips which can be manipulated by the millimetre wave frequencies on the 5G networks and will lead to the complete enslavement of the world population. And in the background, you have other Bilderberg members like Gordon Brown and Tony Blair calling for a World Government to handle the 'virus' (which doesn't exist). THIS IS WHY THEY HAVE LOCKED THE WORLD DOWN!!!

OFCOM- the organisation which allowed such technologies to be installed, declaring them 'safe', must be sued by the people of the UK in a CLASS ACTION LAWSUIT for allowing DEADLY technologies which are harmful to human health to be installed- and for COLLUDING with the media to discredit, quell or otherwise dismiss all criticism of these 5G millimetre wave technologies which MANY DOCTORS WORLDWIDE have already protested and expressed grave concern about!

When the 5G surveillance grid network is finally switched on, IT WILL ACTUALLY KILL PEOPLE. This is what the empty hospitals and the lockdown are all about. In Wuhan, where the Coronavirus outbreak originated, the population was FORCIBLY INOCULATED in 2019 with deadly RNA vaccines. This combined with 5G technology is a recipe for mass deaths. STOP WATCHING THE MAINSTREAM MEDIA! THEY ARE LYING TO YOU AND ALSO CONJURING WITCHCRAFT SPELLS ON THOSE WHO ARE STUPID ENOUGH TO BELIEVE THEM.

Satanists/Luciferians are NOT just people who dress up on Halloween!

The views and opinions expressed in this video do not necessarily represent the views of Brighteon or its affiliates.
Related videos
04:03:39 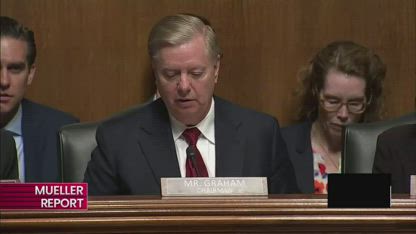 Secrecy And Lies Are ALWAYS The Tools Of Evil
Think About It
511 views
9:40