6.
Cows -- Did you know that each year cows kill more humans than sharks? In the US an estimated 22 people are killed by these bovine beasts each year … and 75% of those attacks were known to be deliberate. In certain cases, the cows killed people by multiple cows in well-coordinated group attacks. What can you do to avoid becoming a statistic? If you have a dog with you, try to keep the animal under control as best as possible. Cows might think your dog poses a threat to their young and will try to drive it off. Remain calm and move slowly, making sure to avoid direct eye contact. If the animal charges you, use trekking poles or a similar object to strike the cow directly on the nose to discourage it. Be as quick and precise as possible with your strike

5.
Alligators and Crocodiles -- Since these creatures ambush their prey, crocodilians (krok-a-dilly-anns) present less time to deal with their attacks than other species. It’s best to avoid entering areas where these animals are known to inhabit. Be on the lookout for “nervous water” … that’s disturbances in the water caused by the animal. If attacked, run … these animals can run about 10 mph, and they can tire out quickly. If you experience a bite from a gator or croc, pray it’s a single defensive bite. They’re quick, and then the animal lets go. If the animal holds on it may try to drag you underwater, in which case your only option is to fight back. Try to strike the croc’s or gator’s eyes … they’re the most sensitive part of the beast. Use whatever’s handy … a stick and oar, a knife, your hands. The ears and nostril are also sensitive … a solid blow or cut to those sensitive areas may cause the animal to release you.

3.
Wolves -- Attacks by wolves on humans can vary in frequency by geographical location. But because these animals have a bite than can crush the human skull and snap thigh bones, they’re not a threat to be taken lightly if they’re nearby. Consider an incident that occurred in a remote town in eastern Siberia … A so-called super-pack of some 400 wolves were laid siege to the area, attacking livestock and killing 30 horses over a 4-day span. If you find yourself face to snout with a wolf, here are a few tips to improve your chances … Avoid making eye contact or showing your teeth. Look down and try to appear submissive. If the wolf launches an attack, curl into a fetal position and cover your neck with your arms … wolves always go for the throat. If there’s no chance to escape, use anything at hand to strike the wolf’s face and nose to stun it. A last ditch effort is to make a fist and jam it down the animal’s throat … if it can’t breathe, it may decide attacking you isn’t worth the effort. Should none of the above work, it’s a situation of kill or be killed.

2.
You wouldn’t imagine that an animal as cute and cuddly as a Koala could turn into a vicious beast. But a woman in South Australia found out the hard way that these animals do have a dark side. She was walking her dogs when they got too close to a tree the Koala was residing in, and the creature attacked the dogs … and then the woman when she tried to intervene. The Koala clamped its jaws on her leg and wouldn’t let go … the bloody bite required 12 stitches! These creatures are normally mild-mannered, but they do have sharp teeth can claws which can cause considerable damage. To be honest, we couldn’t find much info on what to do when Koalas attack … So we ask: What would you do in such an un’bear’able situation?

1.
The hippo is regarded as one of the most aggressive animals in the world. It can weigh over two tons and run faster than Usain Bolt, up to 30 mph. It also doesn’t like being interrupted while lunching on its grass … as this gamekeeper at Murchison Falls National Park in Uganda found out. In fact, it was the gamekeeper who had to make like Usain Bolt as he ran from the angry, hungry hippo. The animal’s jaws are powerful enough to chomp a 10-foot crocodile in two … imagine what it could do to a human being. Almost 3,000 people are killed by these animals each year in Africa. The best thing to do is to avoid confrontation with them in the first place. Steer clear of their calves and remember that the hippos’ ‘yawn’ is a warning sign to back off.
If you must run, seek natural cover like rocks, hills or trees. Once you’ve gained enough distance the animal should relent … it only wants you out of its territory.
Keywords
When Animals AttackSHTFAnimalswildwild animalssurvivalprepping

The views and opinions expressed in this video do not necessarily represent the views of Brighteon or its affiliates.
Related videos
02:06:39 THIS IS WHAT HAPPENS WHEN U DIP YOUR FEET IN VINEGAR ONE NIGHT A WEEK
EXPOSING TRUTHS
329 views
15:07 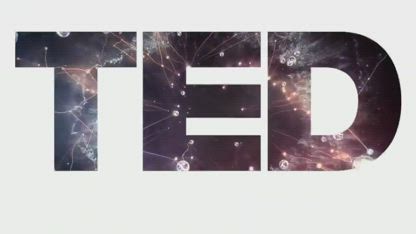