The Prisoner
Published Thursday |
Masked Agenda is a dystopian sci-fi short film set after the Masks were introduced into society to prevent the spread of the virus. The vaccine has been found, but is only successful on a few... Kain is a survivor after escaping being locked down in his cell, but the droids are tracking him and he is on the move to get out of city... is this the end of the world ? or the start to the new one...See the other Episodes:

The views and opinions expressed in this video do not necessarily represent the views of Brighteon or its affiliates.
Related videos
20:22 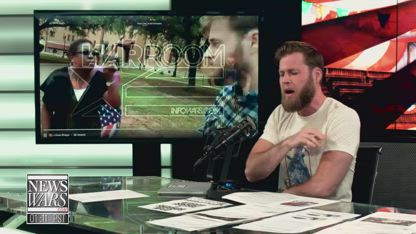 If We Silence The Truth We Can Further The LIE
Think About It
385 views
3:18