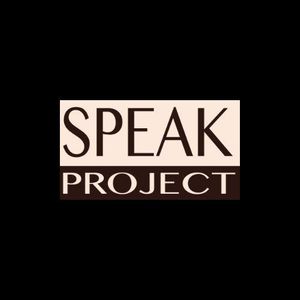 Speak Project Media
Published 3 years ago |
Konstantin Ignatov, co-founder of alleged crypto scam OneCoin, has pleaded guilty to participation in the multi-billion dollar fraud. According to a BBC report on Nov. 14, Ignatov signed a plea on Oct. 4 and now faces up to 90 years in prison. The news was made public on Nov. 12, the BBC says. After being arrested at Los Angeles International Airport in March 2019, Ignatov pleaded guilty to several charges, including money laundering and fraud. While facing up to 90 years behind bars, he has yet to be sentenced and will reportedly not face further criminal charges for his role in OneCoin, except potential tax violations. As previously reported, OneCoin is known as a major crypto exit scam alongside famous crypto scam BitConnect. Founded in 2014, the Bulgaria-based firm remains fully operational to date despite investigators’ allegations that it raised 4 billion euro ($4.4 billion) in a Ponzi scheme, according to the BBC. Additionally, Ignatov has reportedly provided more details against his sister and OneCoin co-founder Ruja Ignatova, also known as “cryptoqueen.” While testifying in the trial against Mark Scott, who allegedly helped launder nearly $400 million via OneCoin, Ignatov told the court that his sister obtained a passport and tickets to Austria and Greece from her home in Bulgaria. Ignatov said that Ignatova regarded OneCoin’s critics as “haters,” and was afraid that somebody close to her was going to give her up to the FBI. Ignatov also said that he had hired a private investigator to find Ignatova, adding that he had not spoken to her since she disappeared. As reported by Cointelegraph, Ignatov testified on Nov. 6 that after his sister fled, security personnel who accompanied her told him that she had met with Russian speakers. Matthew Russell Lee, founder of investigative journalism-oriented publication Inner City Press, said that Ignatov’s sister informed him that she had the support and protection of an unnamed "rich and powerful" Russian citizen.
Keywords
current eventspoliticscorruptiontechnologylifeculturefinancehomecuriousothermark scottcrypto queenonecoin 400 billion crypto scamonecoin scamcrypto scamkonstantin ignatov