www.lawfulamerica.com
Affirmation of Life, Liberty, and Pursuit of Truth

Everyone talks about corruption within government, but no one knows what they can actually do to make real change. The answer lies in the Constitution, and in reclaiming the rights of individuals, and of mankind. Why not of humans or humankind? Because the legal rhetoric being used against us designates “humans” as those over 18, which omits the rights of children and leaves them legally unprotected.

The Rowe V. THE UNITED STATES OF AMERICA CORPORATION document holds accountable government individuals and entities who have sworn to uphold, protect, and defend the rights afforded the lawful individuals of this land, and yet who have failed to do so. We the People, the lawful indigenous dwellers of America, have never accepted any offer to be ruled, judged, or governed by a system that is in violation of our lawful constitutional guarantees.

We say “guarantees” because our natural rights as individuals are unalienable, innate, and inherent, and can not be taken away by any system, individual, or government.

All branches of government draw their power from the governed, with no power to dictate policy that is not in alignment with the Constitution authorized by the consent of the American people.

As awareness of new assaults on our freedoms and unalienable rights grows, no area has become so toxic and alarmingly catastrophic as that of lack of informed consent with regard to vaccines.

The Rowe V. THE UNITED STATES OF AMERICA CORPORATION document is written in “lawful” language that conforms to the substance of law and not to legalese that escalates the cycle of uninformed consent by entrapping us with legal rhetoric and unknown meanings.

The guarantee of the people as defined in the u.S. Constitution are fundamental and inalienable, above any privilege, title, or discretionary authority allowed by the power granted to our government representatives. The capitalization “u.S.” is used throughout this document when referring to the real constitution because the capitalized “U.S.” refers to the corporate constitution belonging to the unlawful UNITED STATES, INC. which has held us in increasing tyranny since its inception in 1871.

Any attempt to violate the fundamental rights of the people, through unlawful policy, unlawful statutes, words, or by force is considered an act of treason.

We believe this document covers the critical aspects of unlawful vaccine practice, provides the source material for all assertions, and affirms our independence from imposed and unlawful mandates. However, we need YOU, as participants in this issue, to vote on whether or not we have achieved our aim. Your input and comments are vital and we appreciate all viewpoints.

Those we name will have a specified amount of time to become constitutionally compliant, and to bring their offices and underlings into compliance. YOU the people will help hold those failing to do so accountable as we bring on indictments.

We wish to assess a fair representation of the free will of the American people, to be counted in the decision making process about the proper steps forward as we restore constitutional law by We the People, who are the highest court in the land.
Keywords
medicineSciencePoliticsHealthLifeTechnologyCurrent EventsCultureotherProvocativeCurious

The views and opinions expressed in this video do not necessarily represent the views of Brighteon or its affiliates.
Related videos
3:21 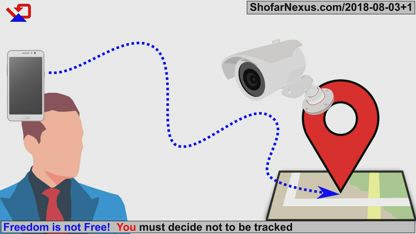 Freedom is not Free! You must decide not to be tracked
ShofarNexus
644 views
1:25 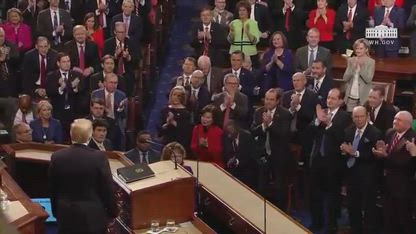 What About The Kids
InfoWars - Alex Jones Channel
136 views