The Prisoner
Published Wednesday |
This week, Australia took its burgeoning fascist police state to a new level, with officials in Western Australia now issuing electronic ankle bracelets and forced isolation in specially designated hotels to anyone it believes has violated the new raft of controversial new ‘COVID laws.’

A 33-year-old woman from Perth in Western Australia has become the first person to be fitted with the state’s new electronic monitoring bracelet, after allegedly violating new COVID quarantine rules imposed on the population.

According to police reports, the woman arrived home from New South Wales state on September 1st, and was then directed to ‘self-isolate’ in her Perth home for 14 days as part of Australia’s new mandatory quarantine system.....Continued at:
https://21stcenturywire.com/2020/09/13/australia-goes-full-fascist-state-issues-ankle-tracker-for-quarantine-violator/

The views and opinions expressed in this video do not necessarily represent the views of Brighteon or its affiliates.
Related videos
4:28 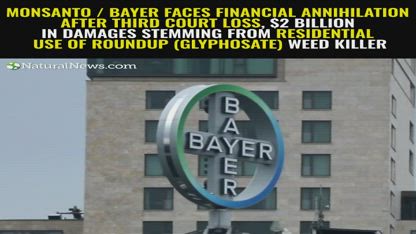 What Happens To Your Body During An Ultramarathon
Smile For Science
42 views
18:59