Information Expert
Published a year ago |
Watch a soda can rip itself apart in a fiery explosion at 11,000fps with a Phantom high speed camera. Running a current through a coil, produces an electromagnet. Turn up the voltage in this experiment, and make that current strong enough, and your electromagnet can rip a soda can in half. Or rather, make the can rip itself in half! This video was filmed at Arc Attack Studios in Austin, TX with Joe Hanson, Joe DiPrima, John DiPrima and Darren Dyk.
Keywords
physicstechnologyscience

The views and opinions expressed in this video do not necessarily represent the views of Brighteon or its affiliates.
Related videos
4:53 A Warning Message For Everyone Listening: You’re In Unusual Danger & About To Be Removed!
Lisa Haven
860 views
5:02 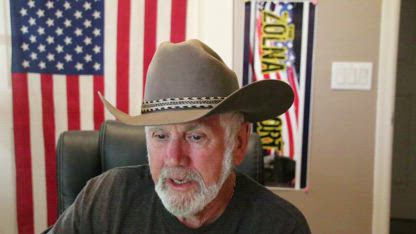