IDP & 1776Reloaded.org
Published a year ago |
Are you standing up or are you waiting for a savior to save you? If all stood the people stood up and challenged the system it would collapse tomorrow. It is time to stand up and be counted. Do not consent to the system! Do not wait until you can not stand up to stand up! The time is now!

CLIP DESCRIPTION:
The Romans try to get Spartacus (Kirk Douglas) to reveal himself in the crowd, but then every slave stands up to protect him.

FILM DESCRIPTION:
Spartacus (Kirk Douglas) is a rebellious slave purchased by Lentulus Batiatus (Peter Ustinov), owner of a school for gladiators. For the entertainment of corrupt Roman senator Marcus Licinius Crassus (Laurence Olivier), Batiatus' gladiators are to stage a fight to the death. On the night before the event, the enslaved trainees are "rewarded" with female companionship. Spartacus' companion for the evening is Varinia (Jean Simmons), a slave from Brittania. When Spartacus later learns that Varinia has been sold to Crassus, he leads 78 fellow gladiators in revolt. Word of the rebellion spreads like wildfire, and soon Spartacus' army numbers in the hundreds. Escaping to join his cause is Varinia, who has fallen in love with Spartacus, and another of Crassus' house slaves, the sensitive Antoninus (Tony Curtis). The revolt becomes the principal cog in the wheel of a political struggle between Crassus and a more temperate senator named Gracchus (Charles Laughton). Anthony Mann was the original director of Spartacus, eventually replaced by Stanley Kubrick, who'd previously guided Douglas through Paths of Glory. The film received 4 Academy Awards, including Best Supporting Actor for Ustinov. A crucial scene between Olivier and Curtis, removed from the 1967 reissue because of its subtle homosexual implications, was restored in 1991, with a newly recorded soundtrack featuring Curtis as his younger self and Anthony Hopkins standing in for the deceased Olivier.

The views and opinions expressed in this video do not necessarily represent the views of Brighteon or its affiliates.
Related videos
16:02

How To Get Rid of Bloating and Gas For Good
Natural Remedies
170 views
2:16

This Syrup Will Stop a Cough Dead in Its Tracks (2 Ingredients)
Natural Remedies
2234 views
12:02 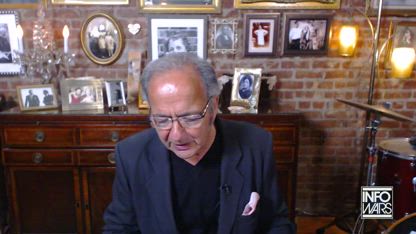 No Law Stopped These Bad Guys From Stealing Over 400 Guns From UPS Facility
NRA
313 views
56:14 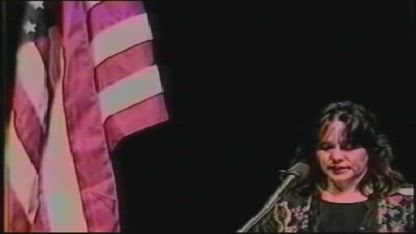