Sergeant Schultz
Published 7 months ago |
Bestselling author Lynn Picknett speaks about her book 'The Forbidden Universe: the Occult Origins of Science and the Search for the Mind of God', co-authored with Clive Prince. Despite a cover-up by the likes of Richard Dawkins, they reveal that it was the religion of Ancient Egypt, in the Hermetic books, which inspired the great names of science such as Galileo and Newton. And even came close to toppling the Catholic Church. http://www.picknettprince.com/

The Forbidden Universe uncovers a story that has been suppressed for centuries: that an ancient magical tradition holds the key to the true origins of science. In 1543, from his deathbed, the astronomer Nicolas Copernicus published his great world-changing work, setting out the sun-centred model of the cosmos. For most historians this marks the start of the Scientific Revolution, but this book charts an alternative story, which begins with the rediscovery of long lost Egyptian documents: the writings of the legendary sage, Hermes Trismegistus, or 'thrice-great Hermes'. The astonishing secrets of the Hermetica cast their magic over many of the greatest minds in history. Although barely acknowledged today, the Hermetic revival not only fuelled the Renaissance but also launched the revolution in early scientific thinking that formed the bedrock of the Enlightenment. As Lynn Picknett and Clive Prince prove in this brilliantly argued history, all the pioneers of science - Copernicus, Tycho Brahe, Kepler, Galileo, Bacon, Leibniz and even Isaac Newton - owed their world-changing achievements to forbidden occult beliefs. Setting the record straight presents a whole new perspective on many great events of the era - not least the true story of Galileo's rocky relationship with the Church. His persecution was not, as is usually claimed, simply due to him championing the heliocentric theory, but was in fact a sign of the terror with which the Vatican viewed Hermeticism. It posed a huge threat, challenging both the Church's teachings about mankind and its political power base because of the Hermetica's influence over the hearts and minds of not just philosophers and artists, but also kings and emperors. The Hermeticists taught that a wide acceptance of the heliocentric theory would be the trigger for a religious and political revolution. If and when people were allowed to believe that the earth orbits the sun, and not the other way round as they taught, then - to them - all hell would break loose. They could not let this happen, so they threatened Galileo with the usual agonising death of heretics.

The fact is that, although staggering to many, science itself has proven beyond doubt that the dazzling array of fine-tunings of the laws of physics and biochemistry that has enabled life to be arise in the universe cannot be ascribed to chance. Therefore, science itself implies the existence of a designer… However, it must be stressed that while this shows that life has been created and is meaningful, it neither proves the existence of the biblical God nor the truth of the account of creation in Genesis. Yet totally in denial, scientists have rushed to embrace the totally speculative multiverse theory - which by its very nature can never be proven - rather than admit that they themselves have demonstrated that the universe has been designed. This is not science. This is desperation.

Watch: "Jesus was a Usurper" https://www.youtube.com/watch?v=_iwuXeOd39c

Here is a small selection of her books:

The views and opinions expressed in this video do not necessarily represent the views of Brighteon or its affiliates.
Related videos
14:17 Plan To Destroy Humanity And Build Their World With Robots
Think About It
1599 views
5:11 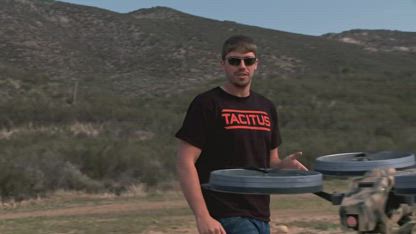 HAS HE FOOLED US ALL?
Think About It
1370 views