Voted YES corporate welfare for big agriculture
Voted YES pm TARP
Voted YES for a bloated defense bill
Voted NO to repeal NDAA indefinite detention
Voted YES to prohibit reductions in nuclear weapons as required by START Treaty
Voted NO to limit military spending on the Afghanistan War
Voted YES to override military sequestration (spending cuts) negotiated in last year's 'let raise the debt limit bill'.
Voted YES on CISPA, the bill that attacks Internet liberty and the 1st amendment.
Voted YES on corporate welfare for the Keystone Pipeline which also authorized the use of Eminent Domain to seize private property for a private use.
Voted NO to extend payroll tax cuts which is effectively a tax increase on the poor and middle class.
Voted YES to increase the debt ceiling
Voted YES on war in Libya
Voted NO to limit funding of NATO for use in Libya
Voted NO on removing armed forces from Libya
Vote YES to extend the Patriot Act

Paul Ryan's Budget:
Ryan's "roadmap to prosperity" lays out $6.2 trillion in cuts over the next 10 years—not, sadly, cuts from what government spends today, but from what President Obama wanted to spend. Spending would actually increase by about a trillion dollars over the decade.
Ryan's "radical" budget would only reduce government spending to 20% of GDP by 2015. Obama wants to cut it to 23%. It is currently at 25%. when Bill Clinton left office, it was 18 percent.
"The president's plan will add about $11 trillion to the debt over 10 years," Paul told me. "Congressman Ryan ... is trying to do the right thing, but his plan will add $8 trillion to the debt over 10 years. We need to do something much more dramatic, or I think we're in for a world of hurt."
The inconvenient truth for conservatives is you cannot balance the budget if you eliminate (only) nonmilitary spending.
It would also reduce the federal workforce by 15 percent. Ryan's figure is 10 percent. That's a start. But they would do it by "attrition." That's cowardly. It's not management. They should fire the worst 10 or 15 percent. That's what private-sector managers do.
it grows revenues miraculously from $2.4 trillion to $4.6 trillion in 10 years by cutting taxes
- It led to 10 more years of deficit spending
- It added between $5-11 TRILLION dollars to the national debt
- It spent a total of $40 TRILLION over the next 10 years
- His plan REQUIRED the debt ceiling to be raised
- It was an obviously unbalanced budget (in fact it doesn't fully balance until the year 2040)
- It increased spending over the next few years (it merely slows the rate of spending, not actually cutting spending anytime soon)
- It was was bigger than what we had under Bill Clinton
"I worship the ground Paul Ryan walks on," says Dick Cheney
Keywords
GovermentPoliticsNews

The views and opinions expressed in this video do not necessarily represent the views of Brighteon or its affiliates.
Related videos
32:38 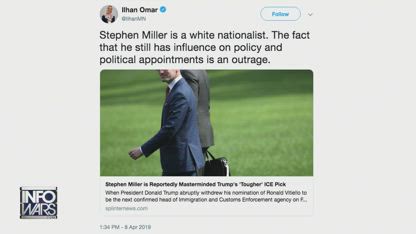 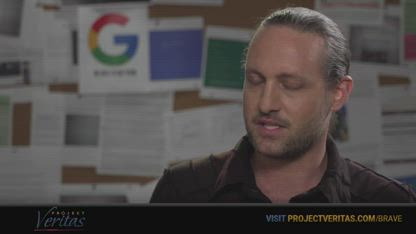