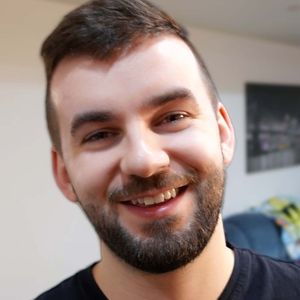 ScottCBusiness
Published 2 years ago |
I’m not alleging that Bitclout is a scam, but I am asking the question: is Bitclout a scam? Let’s go through all the evidence that might suggest that is the case and then you can decide for yourself.

*Disclaimer: This is not financial or legal advice and is purely for entertainment purposes. What you see, hear, or read is my personal opinion, and any statements made are based on my views and should not be misconstrued as fact.*

This is their official site: https://bitclout.com/
Let’s go through the many problems Bitclout has.
1. “It’s legit”
The wallets are provably unsecure. - https://twitter.com/_prestwich/status/1379963871792799744
“BitClout uploads your keys to their server on every API request. Any employee with access to that server can steal all the money on the platform at any time”
VC Investors don’t legitimize the product if they don’t understand that it’s a scam.
2. You Can’t Withdraw
https://bitswap.network/ - This was claimed to be the one way to “withdraw” but it’s just an OTC discord exchange and not legitimate whatsoever.
3. The Owner Gets All The Bitcoin
Owner address - https://blockchair.com/bitcoin/address/1PuXkbwqqwzEYo9SPGyAihAge3e9Lc71b - Why hasn’t all the Bitcoin been withdrawn to reinvest it all into Bitclout? Maybe some of the 19 million withdrawn was spent this way. The simple fact that he can reinvest it into Bitclout and manipulate the price indefinitely it’s insane. Currently the only way to get Bitclout is to send him your money and they give you Bitclout. They are trading a worthless resource for your precious Bitcoin.

4. They Lied, Tricked You, And Manipulated Values
CryptoShiro Twitter Thread
https://twitter.com/cryptoshiro/status/1375482126645141505
Summary of the thread:
The owner lied about the pre-mine being 10% when it was actually about 40%. That is about 8 million Bitclout, which based on their own valuations is over 1 billion dollars worth of pre-mine. They split the genesis block between 482 public keys.
349 accounts held 5.7 million Bitclout which did not make any transactions as of March 26th. The other 133 accounts were using the remaining 2.3 million to boost and inflate the reserve accounts they uploaded to give the impression of market demand and success otherwise known as misleading investors or fraud.
You can check through transactions yourself on https://explorer.bitclout.com/
Genesis block - https://explorer.bitclout.com/?query-node=https:%2F%2Fapi.bitclout.com&;block-height=0
Types of transactions that can be performed: https://twitter.com/cryptoshiro/status/1375482273525420032
5. It’s Not Sustainable
You pay Bitclout fees on all transactions made on the social platform. - https://twitter.com/cryptoshiro/status/1375482325102850054
While the average fees are a tiny fraction of a penny, if you have to pay this for every single tweet, like, follow etc. soon it will add up and as the fake valuation continues to rise, you will be able to afford less and less Bitclout and you will need to use it to keep posting and using the network.
The top holders of all the top coins are - https://twitter.com/cryptoshiro/status/1375483247409295363
Most of the miners are from the genesis accounts - https://twitter.com/cryptoshiro/status/1375484337223704580
6. The Anonymous Owner
Supposed owner – Nader Al-Naji aka DiamondHands
https://twitter.com/nadertheory
His Previous Failed Project – Basis Protocol
https://twitter.com/basisprotocol
https://medium.com/basis-blog/basis-update-ae96e3565b1d
“Unfortunately, having to apply US securities regulation to the system had a serious negative impact on our ability to launch Basis.” – aka, they couldn’t legitimately scam people with the SEC around, so instead they are doing this instead. After raising 133 million, they claim to have returned the funds to investors, but I cannot verify if all 133 million was actually given back. He goes dark for 2 years and then pops up out of nowhere with Bitclout.
7. Influencers Accidentally Legitimized Bitclout
The only way to get in for influencers to “make money” was to claim their account and legitimize Bitclout via their Twitter account. The main issue being that these influencers couldn’t withdraw those funds and now have given their clout and influence to support Bitclout out of foolish greed. Now those famous influencers who have had their identities stolen and likeness used to promote something they did not promote (Bitclout), lawsuits are being formed and cease and desist letters are being sent to Bitclout.

Have you bought Bitclout? Have you used the platform? Am I wrong about anything? Did I miss anything? Let me know what you think about this in the comments below and don’t forget to subscribe!
Keywords
blockchaincryptocurrencysocial mediacryptoscampersonal financefinanceinvesting