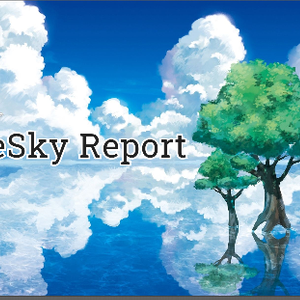 BlueSkyReport
Published a year ago |
Mothers of Darkness Castle - Black Nobility-Holy See is the old Roman Empire
The rulers do not want you to awaken spiritually. They keep souls occupied with wars, daily struggles and control the masses using Music, Hollywood, TV, BigTech and propaganda. We were born into a cult. Our education system has been programming us using mind control to brainwash us in order to control us. It's time to awaken. Our time on earth is short and we never know how long we really have. Our struggles are spiritual. Our world is run by psychopaths who worship Satan. The bloodline families who control the world live hidden away - the bloodline of Black Nobility.

One cannot comprehend the evil that surrounds us. It's time to awaken. Difficult truths are upon us. Those we are taught to trust the most are guilty of sin. The children of darkness are fiercely waging war against us and have decided to show their cards, by now revealing their plans. Children of the light vs Children of the dark.

“…Fritz Springmeier cites a secret castle situated near the village of Muno in Belgium. This castle according to Springmeier, is a center of the occult and has a cathedral with a dome containing 1000 lights. The castle is referred to as the Mothers-of-Darkness castle and Monarch programming is supposedly performed on children there. This castle is also known as the ‘Castle of Kings’. Its real name is ‘Chateau des Amerois’ and it is located in Bouillon (Belgium), near the village of Muno. This castle and its domain, the Muno forest once belonged to Prince Philippe of Saxe-Cobourg-Gotha, Count of Flanders and father of King Albert I. He purchased the property in 1869 to the Marquis van der Noot d’Assche.The castle of Romantic style was built in 1877 for Philippe of Saxe-Cobourg Gotha by the architect Gustave Saintenoy. It has 365 windows. This castle was later bought by Alice Solvay, niece of the Belgian scientist and industrialist Ernest Solvay and today is apparently still owned by the Solvay’s.”

These are the same thousand points of light made famous by George H.W. Bush, according to video,” Chateaux Des Amerois – Castle of the Dark Mother.”

Belgium represents a clear power center of mind control and child abuse. Noreen Gosch, whose son Johnny abducted in eighties, suspects he was subjected to mind control at Offutt AFB in Nebraska. In testimony (pg 3, pdf), Gosch shares belief Monarch programming located at military bases, stretching all the way to NATO in Brussels, Belgium. Paul Bonacci, child abuse victim, involved in the Franklin Scandal circa 1980s Omaha NE, rumored to have traveled to Belgium. Pedophilia represents a grim degeneration that requires vigilance to be held in check. It seems apparent, if allowed to spread a rising tide of pedophilia can span globe, to communicate its degenerate inhumanity!

It's time to awaken. Difficult truths are upon us. Those we are taught to trust the most are guilty of sin. The children of darkness are fiercely waging war against us and have decided to show their cards, by now revealing their plans. Children of the light vs Children of the dark.

Ephesians 6:12 For we wrestle not against flesh and blood, but against
principalities, against powers, against the rulers of the darkness of this world, against spiritual wickedness in HIGH [places]
Keywords
vaticanpoperoman empire