The Pete Santilli Show
Published 10 months ago |
Shop nowDonate
Democratic Rep. Alexandria Ocasio-Cortez admitted that the Democrats’ efforts to investigate President Trump are, in part, meant to prevent him from winning reelection in November 2020. The freshman New York congresswoman made the admission in an interview on CNN Wednesday evening, hours after the House had its first public hearing in the impeachment investigation into Trump’s foreign policy decisions regarding Ukraine. “I think many of those considerations will be taken up by the Judiciary Committee when all of this evidence is brought forth,” Ocasio-Cortez stated. “We’ll see. I personally do believe that the president has engaged in flagrant violations of the emoluments clause. I’m concerned that we would allow this corruption to continue. But at the end of the day, we have to be able to come together as a caucus, and if it is this Ukrainian allegation that is what brings the caucus together, then I think we have to run with however we unify the House.”

GUEST: Zachary Vorhies is the highest ranking Google insider who anonymously leaked internal documents to Project Veritas and then made the decision to go public in an on-the-record video interview. Zach, decided to go public after receiving a letter from Google, and after he says Google allegedly called the police to perform a “wellness check” on him.

The views and opinions expressed in this video do not necessarily represent the views of Brighteon or its affiliates.
Related videos
13:18

NEW! Google Whistelblower Reveals Blacklisted Sites—Hands Over Docs To The FBI—Are You On Their List
Lisa Haven
500 views
13:35

Stem Cells: How to Get Past FDA Prohibition & Heal Your Body
The David Knight Show
299 views
15:18 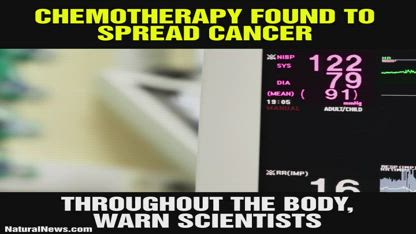