Karl Mollison spent most of his life as a researcher for one of the world’s top pharmaceutical companies, dedicated to devising new medicines for cardiovascular, gastrointestinal, anti-inflammatory, autoimmune and infectious diseases, transplantation, and cancer. He published many scientific articles and multiple patents along the way.
Karl was deeply involved in the research of prescription drug side effects, and how to potentially eliminate or significantly reduce their impact.
To his dismay, and even alarm, Karl slowly discovered and eventually realized that preventing and mitigating side-effects, was not a “high” priority.

Spiritual awakenings do not generally occur in a vacuum. Karl’s frustration and disenchantment in the final years of his otherwise successful research career created a desire and willingness to explore alternative approaches to traditional healthcare. His heart was still dedicated to understanding the causes of human suffering, and upon his retirement, he found himself free to consider other approaches.

His curiosity about the human mind and the impact of negative emotions, not only on mental health but the links to stress and physical illness in the body, led Karl to train as a hypnotist to explore the subconscious mind. He saw, as many other scientists have observed, that inner conflicts are fueled within the subconscious.

Using and exploring hypnosis, he was amazed to learn that people can and often do connect directly to memories of past lives, especially when traumatic events of those times still haunted them. Most important, he saw for himself that resolving past life trauma could heal a similar problem re-echoing in the current lifetime. Here was a practical tool that works beyond mainstream medicine.
Having been skeptical when it came to religion, this was also proof that life continues beyond the body and we somehow make our way back. How can evolution begin to explain that? This began an additional quest on Karl’s part to understand the reach of karma as a powerful driving force that determines our fate and holds the key to healing and preventing most physical illness.
As is usually the case, one thing leads to another, and then “another.” In his networking with colleagues in his new chosen vocation, Karl learned of some rather unusual practitioners getting phenomenal healing results with clients from information received from a rather “unusual” source. Unusual that is, if you are a former research scientist who spent 30 years with a big name pharmaceutical conglomerate. These unusual practitioners were reportedly getting effective treatment advice for their clients from … ANGELS.
To his amazement, Karl found that not only were such things as negative and troubled spirits haunting and manipulating people commonplace; but that he was suddenly adept at seeing and talking to them, using intuitive ability he never knew he had in the entire prior sixty-plus years of his otherwise very ordinary life.
Karl learned that many spirits of departed humans become earthbound, and these and the spirits of many fallen angels attach as parasites to almost 90% of people. This has many consequences for the living—none of them good.
His perseverance in spirit communication led to a series of further awakenings of abilities that taught Karl how to converse with and eventually channel divine beings such as archangels, and ultimately Creator of All That Is, to learn ever-deeper truths about the Universe and how things really work.
Driven by his burning curiosity, not only has Karl explored with the Divine Realm many mysteries of the universe, he was taught many new ways to help people heal. He has learned the importance and mechanisms of nonlocal (non-physical-brain) consciousness, the intuitive reach, and how to augment it to benefit our lives.
His understanding of karma as the great leveler, the principle of what you sow you will reap, explains the origins of physical illness and how to make things better.
Through his intuitive reach, and with the help of the divine realm, he compiled a catalog of human vulnerabilities and the negative energies that plague us.
In combination, these negative influences, including dark entities, are undermining human progress on a personal, regional, national, and global level. We need to break free, and we need the help of the Divine Realm to do it.
Karl continues to work with clients in assisting them successfully with numerous difficulties and challenges. His partnering with Archangels and the Divine Realm has led to impressive results and hundreds of satisfied clients. His burning curiosity and pursuit of highest truth from years of Archangel channeling led to being granted direct access to dialog with Source Creator of All That Is.
Keywords

The views and opinions expressed in this video do not necessarily represent the views of Brighteon or its affiliates.
Related videos
5:52 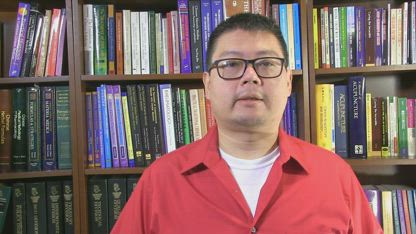