CounterThink
Published 6 months ago |
• Kyle Jurek, Iowa Field Organizer, Sanders Campaign, Says That Stalin Had a Legitimate Reason to Use Gulags, Claiming Gulags Were “Better Than What the CIA Has Told Us They Were.”
• Jurek Claims That “...Our Prisons, in the United States Right Now, Are Far Worse. Far Worse Than Anything That They Experienced in a F***ing Gulag. Like People Get Raped. People Get F***ing, Work Twelve Hours a Day. People Have to go Fight Fires in California for a Dollar. You Know What I Mean? That’s F***ed up. That’s Super F***ed Up. Soviet Union Didn’t do That S**t.”
• Believes That Americans Opposed to Socialism Must be Re-Educated.
• Jurek: “Like and No Matter What Country and What Laws Were, That Exist, They’re Irrelevant to, There Are Things Greater Than Those Systems, Right? There Are Things That Are More Important Than the Rule of Law in the United States, When it Comes Down to the Existence of the Human Race.”
• Admits to Participating in Antifa Events, Reveals That “A Lot of Them Are Probably on the Bernie Campaign.”
Keywords
field organizerexposed2020kyle jurekgulagpart 2james okeefecampaignexposedberniebernie sandersproject veritasbrighteonpoliticsviolencecounterthink

The views and opinions expressed in this video do not necessarily represent the views of Brighteon or its affiliates.
Related videos
02:06:56 First Aid for Seizures of All Types
Epilepsy and Seizures
40 views
9:24 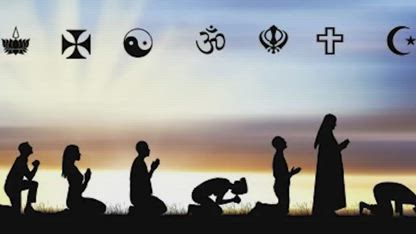