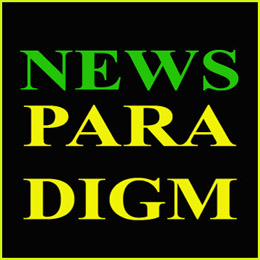 News Paradigm
Published a year ago |
Compelling analysis of video clips reveal a botched attempt at a Hollywood-style capitol insurrection and shooting drama.

Is Ashli Babbitt alive and well? -- Babbit was initially identified as "Roberta Paulsen" until it was officially debunked by alleged "fact checkers".

The smoking gun is the failure of law enforcement to be prepared when it was known by U.S. Capitol Police, that alleged "insurrection" at the capitol was planned for weeks by people and groups claiming to be Trump supporters but revealed in this video to be hired actors.

(TIME MAG) Insurrectionists Openly Planned for Weeks to Storm the Capitol. Why Were Police So Easily Overwhelmed? - https://tinyurl.com/5fek6zj9

Notice the fake "Plastic" appearance of the Swat Guy's assault rifle even if such weapons were actually allowed under jurisdiction of Capitol police.

"Breakaway glass" used in movies is usually made from a thermoplastic or two component resin that is poured into a flexible silicone mold to harden. Some brand names are Piccotex / Piccolastic (Eastman) and SMASH (Bentley Chemicals) and others.