Age Of Truth TV
Published 2 months ago |
PLEASE LIKE AND SUBSCRIBE TO AGE OF TRUTH TV! Support: www.ageoftruth.tv
All Rights Reserved © AOT TV

Dr. V.A. Shiva Ayyadurai, the INVENTOR OF EMAIL and polymath, holds four degrees from MIT, is a world-renowned systems scientist, inventor and entrepreneur. He is a Fulbright Scholar, Lemelson-MIT Awards Finalist, India’s First Outstanding Scientist and Technologist of Indian Origin, Westinghouse Science Talent Honors Award recipient, and a nominee for the U.S. National Medal of Technology and Innovation.

Dr. Shiva is running as a republican candidate for United States senate for the second time in 2020, and has become quite controversial for speaking out on many topics such as GMO, the Financial System, Climate Change, Vaccines Nationalism and Politics.

He is the guest on AGE OF TRUTH TV, interviewed by presenter and investigative reporter, Lucas Alexander, discussing the current dramatic world-changing events of 2020, C V

In 1978, as a precocious 14-year-old, after completing a special program in computer science at the Courant Institute of Mathematical Science at NYU, Ayyadurai was recruited by the University of Medicine and Dentistry of New Jersey (UMDNJ) as a Research Fellow, where he developed the first electronic emulation of the entire interoffice mail system (Inbox, Outbox, Folders, Address Book, Memo, etc.), which he named “EMAIL,” to invent the world’s first email system, resulting in him being awarded the first United States Copyright for Email, Computer Program for Electronic Mail System, at a time when Copyright was the only protection for software inventions.

He has started and successfully several start-up companies. Following his winning of a White House competition to automatically analyze and sort mail President Clinton’s email, Ayyadurai started EchoMail, Inc. which grew to nearly $200 million in market valuation. He has appeared in The MIT Technology Review, The Wall Street Journal, New York Times, NBC News, USA Today and other major media. Shiva was named Top 40 in the Improper Bostonian. He has also authored four books on the Internet and EMAIL: Arts and the Internet, The Internet Publicity Guide, The Email Revolution, and Systems Health which will be coming out in 2015. Ayyadurai continues his passion for entrepreneurialism as Managing Director of General Interactive, a venture fund that incubates, mentors and funds new startups in various areas including rural healthcare, media, biotechnology, information technology, to name a few. He has also started Innovation Corps to fuel innovation among teenagers worldwide. He serves as a consultant to CEOs and Executive Management at Fortune 1000 companies, as well as government organizations.

Ayyadurai is a member of Sigma-Xi, Eta Kappa Nu and Tau Beta Pi. He supports the Shanthi Foundation, which raises money to provide scholarships for education of orphaned girls. He is also a supporter of various arts and non-profit organizations including the Guggenheim Museum, Very Special Arts, National Public Radio and the National Geographic Society. Ayyadurai lives in Belmont, Massachusetts and enjoys yoga, tennis, animals, art and architecture.

......and that and much more when Dr. Shiva Ayyadurai joins Age Of Truth TV´s Lucas Alexander for this in-depth, hard-talk interview conversation about his life, inventions and world view.

Filmed on the the 6th March 2020 at the AOT TV Studios, Copenhagen, Denmark and via ZOOM to Boston, Massachusetts, USA.

The views and opinions expressed in this video do not necessarily represent the views of Brighteon or its affiliates.
Related videos
0:54 How to Whiten Teeth with Strawberries
Health Tips
296 views
25:58 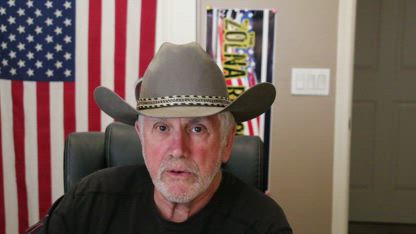