Children Are NOT Sex Toys!
Published a month ago |
From JSF:

SOLID DISTRACTION FROM BALLOTS IN DUMPSTER ELECTION FRAUD HAS BEEN RELEASED
Save your own copy: http://82.221.129.208/noplane911.mp4

WE FINALLY GOT REAL FOOTAGE FROM 911.

This is likely from a tape that was confiscated by police (remember, they had everyone turn everything in to "help with the investigation" and everyone gladly did.) SOMEONE LEAKED THIS AT THIS TIME TO DISTRACT FROM ELECTION FRAUD, so I am going to post it right here, and then say KEEP YOUR EYE ON THE BALL, yes, this is obviously legit but DO NOT LET THEM GET MORE MILEAGE OUT OF 911 BY USING IT TO STEAL AN ELECTION. Keep your eye on the ball folks!

I'll say the obvious about this video in a few words:

Look at the mushroom going off the building. It is uniform on ALL sides exactly the way it would be if someone put a huge gasoline bomb on one of the floors and blew it up. The mushroom makes it pretty clear there's no momentum there, other than outwards from a central point.

Well, it does not get any more clear than that. KEEP YOUR EYE ON There has been a huge freak out of censorship over the ballots in the dumpster and there's little question this magically surfaced only because it was released from police archives. Once this does it's job of assisting election theft by distracting people, they'll call it fake and will probably even have the "faker" come forward and "admit it". HOWEVER: That won't work. The shape of that explosion coming out of the building proves the blast originated AT THE CENTER, at 0 MPH. Obviously it would be easy to edit the plane out of the video, but the uniform nature of the event afterward says enough all by itself to cast serious doubt on that, this should be totally lop-sided if the entire momentum of a jumbo jet started it all.

Also, no nose out? The nose out video most people have seen - this should have shown that and there's nothing of the sort.
They wanted a HUGE distraction where 911 trolls would sit and bash people who can think with "arabs did it" RIGHT NOW, when they are stealing the election, and it is working.
Keywords
mail-in votingvotescamElection 2020September 11ballotsharvestingdistractionno planespsyop911

The views and opinions expressed in this video do not necessarily represent the views of Brighteon or its affiliates.
Related videos
0:50 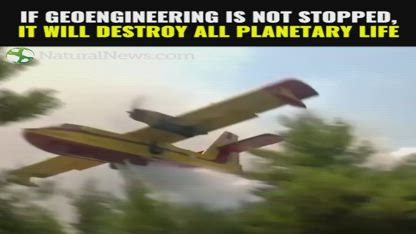 If geoengineering is not stopped, it will destroy all planetary life
Natural News
367 views
11:12

STRZOK TESTIMONY WAS A CIRCUS - IS JUSTICE GONE IN AMERICA?
TIME2GETSERIOUS
192 views
12:18 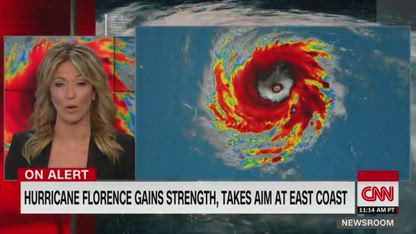