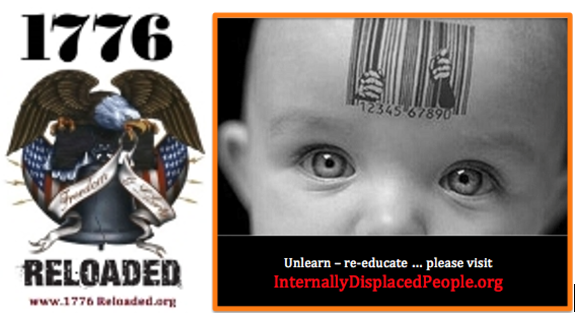 Subscribe https://www.brighteon.com/channel/1776reloaded and help us expose new videos and documents issued re Title 10 §  253 exposing the State of California violating own foreign Private rules and those for US Corp

US Code Title 10 §  253 Notices are being issued to the US Corp. President Commander in Chief and US Military for STATE Actors Interference of Federal and State of California (a foreign US Sub Corporation) bound under military Authority as can be seen on references found at the above IDP wen page. Violations of foreign private rules and codes are taking place on the physical California. Note that the State of California only legally has jurisdiction in DC's 68.34 Sq Miles given its 29 Codes as "In the State", "in this state". Explained at the above IDP web page. Note than when those claiming to be government are not properly credentialed they are actors engaged in impersonating Gov.

Notices have been issued to document State of California Pattern and Practice, violation of its foreign private rules and codes including violation of Equal Protection of the Laws, Conspiracy against Rights et al. Evidence that will be published proves State of California is engaged in a Mixed War of the California People: https://1776reloaded.org/joomla30/index.php/unlearn/definitions/403-mixed-war-means-a-war-carried-on-between-a-nation-on-one-side-and-private-individuals-on-the-other-words-phrases-vol-27

All attorneys operating under the State of California overlay are mandated to comply with Business and Professions Code (BPC) 6067 which demands that they are licensed by the STATE. Note a foreign private Association - franchisees of the Crown Temple called STATE BAR OF CALIFORNIA can not license itself as they have been pretending to be doing since people started realizing that all California attorneys are out of compliance! THE CALIFORNIA STATE BAR BAR CARD is not a license to practice law. Its evidence that BAR Agency Union Fees (CROWN TEMPLE MIDDLES INNS OF COURT FRANCHISE whether attorneys know it or not) have paid their Union Dues for what amounts to a Letter of Marque and Reprisal aka a license to attack US Vessels (i.e. people duped in to operating as Surety for US Corps and alleged to be engaged in commerce in the Forum State).

Further, note BPC 6068 states:
It is the duty of an attorney to do all of the following:
(a) To support the Constitution and laws of the United States and of this state.

Which means all foreign attorneys NOT complying with BPC 6067, Gov Code 68076, Oath required at Art. 20 section 3 are NOT supporting the laws of the United States (as required by BPC 6068) and therefore are in breach of those laws aka private rules and codes and since the courts are aware of these facts and look the other way - this evidences RICO!

The laws of the United States of America includes the Titles of Nobility Act which banned all BAR Attorneys in 1819 as show in the web document!

Topics:
Covered in video:
Published November 21st 2019.
Intro
Title US Code Title 10 Section 253
Ref to three videos made in 2017 " what I wanted the President to know...." available in channel
2010 HCP Treaty and its implications
Why Title US Code Title 10 Section 253
Titles of Nobility Act
Enemies foreign are trying to run pres out of town to prevent him exposing to the American people what he ought to have figured out already - our Nation was couped in the 1860’s and we are under a Counterfeit Corporate Government ran by CROWN / Vatican / Zionist Agents ever since.
Alphabets are foreign entities of the CROWN engaged in the overthrow of all nations and making sure America/ns do not throw off the Roman Cult! This includes the CIA, NSA, FBI etc.. It is noted that the CIA is behind the current Trump Coup at this time…. Why … because he is a threat to the Crown Vatican global control system of the New World order
Consider Netanyahu Quote (indicted in Israel according to a story on the Epoch Times article posted today? Who owns the Fed and who has been running it … a clue
Please understand that the Impeachment kangaroo Court / Star Chamber is being led by Attorneys that are banned from America – they are doing the bidding of Shadow Government not the American people…