The Pete Santilli Show
Published a year ago |
Shop nowDonate
If you opened Twitter on Sunday morning, you were likely greeted with the bombshell headline of the top trending news story: “NYT reporters’ book details new sexual assault allegation against Brett Kavanaugh. The book isn’t released until Tuesday, but Mollie Hemingway got a copy, and she writes on Twitter: “The book notes, quietly, that the woman Max Stier named as having been supposedly victimized by Kavanaugh and friends denies any memory of the alleged event.” Omitting this fact from the New York Times story is one of the worst cases of journalistic malpractice in recent memory.

E-Militia Article: Deep State Coup On Kavanaugh & Trump Is A Coup Against The American People http://ow.ly/aBhU30pxs3b

GUEST: His name is Bryson Gray and he is a music artist. He makes music ranging from rap to pop to country, and says he just simply does what he wants - Bryson Gray took Twitter by storm last week thanks to an interview he gave to WNCN at President Donald Trump’s Monday night rally in North Carolina. Gray attracted attention by wearing what is certainly the largest “Make America Great Again” hat we’ve ever seen. It’s big. The interview caught the attention of the President who tweeted out a BIG thank you to Bryson that instantly went viral

The views and opinions expressed in this video do not necessarily represent the views of Brighteon or its affiliates.
Related videos
02:06:32 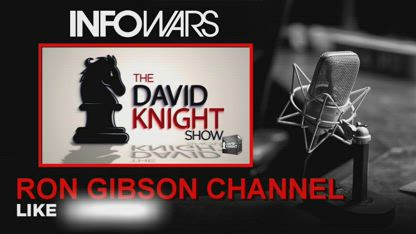 Did you know that turmeric is just as effective as pharmaceutical drugs
Natural News
1406 views
9:28