New Videos
Popular Videos
Premium Videos
Sponsored Videos
Browse Channels
Advertising Info
Free Newsletter
Log In
Create New Account
Support Your Freedom to Speak:
How Lawyers Use Secret Rules to Get Rich, Get Even and Get Away with It (1991)
25 views

David Weese Marston, Sr., known as Dave Marston (born 1942), is a Philadelphia lawyer and author who was in 1978 removed from his position as United States Attorney for the United States District Court for the Eastern District of Pennsylvania by U.S. President Jimmy Carter. An appointee of Carter's predecessor, Gerald R. Ford, Jr., Marston had obtained convictions of political figures from both parties within Pennsylvania when Carter authorized his removal.

A Tennessee native, Marston graduated in 1967 from Harvard University Law School in Cambridge, Massachusetts. He then spent two years in the United States Navy. In 1969, he joined a Philadelphia law firm, Montgomery, McCracken, Walker & Rhoads. In 1973, however, he entered the political world to become an aide to Republican U.S. Senator Richard S. Schweiker of Pennsylvania, who was later tapped by Ronald W. Reagan as Reagan's choice for vice president were Reagan to have wrestled the presidential nomination from Gerald Ford in 1976.

A reportedly "stunned" Marston questioned why Carter removed him because Marston had successfully prosecuted Pennsylvania State Senator Henry Cianfrani on racketeering charges. Carter first said that he was unaware of Marston until the case became "highly publicized". Later, Carter told reporters that he did know that Marston was a last-minute Ford appointee, was not "a practicing attorney, had never had any prosecuting experience, and . . . had a very heavy commitment to calling press conferences."

The Philadelphia Inquirer found that then U.S. Attorney General Griffin B. Bell had established a selection panel of five lawyers to obtain a replacement for Marston. The action came after the administration told Democratic U.S. Representative Joshua Eilberg of Pennsylvania that Marston would be removed. Eilberg was himself under a Justice Department probe.

In a 2007 interview with John Gizzi of the conservative publication Human Events, Marston recalled that President Carter had vowed if elected to "appoint and retain attorneys solely on merit," a reform commitment in the post-Watergate climate which was even written into the platform of the 1976 Democratic National Convention.

Marston said that under usual circumstances a president should have his own people in place to promote a consistent national agenda, and he agreed that U.S. attorneys serve at the pleasure of the president. In 1978, however, Eilberg, under investigation from Marston's office, called Carter on November 4, 1977, to demand the ouster of Marston. Carter called Bell and told his fellow Georgian to "hurry up" on replacing Marston. The administration chose Peter F. Vaira, Jr., an Illinois native, as Marston's successor.

Marston prosecuted without regard to party. His targets included the former Republican chairman of Chester County as well as Eilberg, U.S. Representative Daniel Flood, and two powerful Democratic state legislators.

After his dismissal as U.S. attorney, Marston ran unsuccessfully in the 1978 Republican gubernatorial primary. He finished in fourth place with 161,813 votes (16.2 percent). The nomination went to Richard "Dick" Thornburgh with 325,376 ballots (32.6 percent). Future U.S. Senator Arlen Specter finished in second place with 206,802 (20.7 percent). Thornburgh as the Republican nominee went on to win the governorship in the fall election. He later served as attorney general in the administration of President George H.W. Bush.

After his two political campaigns, Marston established his own law practice. In 1985, he joined the firm Buchanan Ingersoll. There he was a partner with Peter Vaira, his replacement as U.S. Attorney. Marston moved to the Reed Smith firm in 1995.

In 2002, Marston left Reed Smith to write a novel about the legal profession. The book was never completed, and in 2005, he joined the firm of Gibbons, Del Deo, Dolan, Griffinger & Vecchione of Newark, New Jersey. He was assigned to open a Philadelphia office for the group.

Marston has written numerous nonfiction works over the years. One of his most provocative is Malice-Aforethought: How Lawyers Use Our Rules to Get Rich, Get Sex, Get Even, and Get Away With It, an attack on the lack of ethics of the legal profession. With former Federal Bureau of Investigation agent Neil J. Welch, Marston co-authored Inside Hoover's FBI, which claims that organized crime came into existence with the rise of J. Edgar Hoover as the agency director.

The views and opinions expressed in this video do not necessarily represent the views of Brighteon or its affiliates.
Related videos
12:05 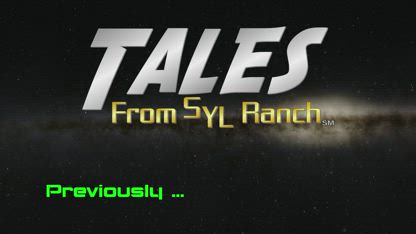 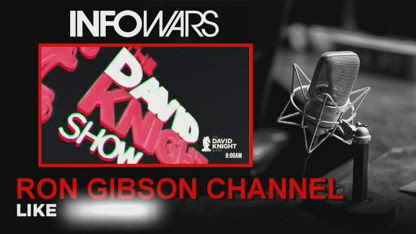 The Truth About Ukraine, Trump, And The Whistleblower Complaint
War Room
139 views
11:17