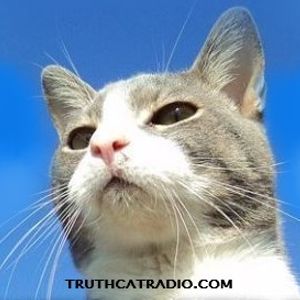 This is Cynthia, I wrote some of my thoughts at the end. The following is the description from the video this 2013 video that I'm sharing. It was made by James Rink at YouTube, Super Soldier Talks. The list of presenters at this event are listed. Steven D Kelley's mentions and talk are near the beginning.

First, here is the link to the story about what may have happened on the last night of this 'Mind Control' Summit.
https://supersoldiertalk.wordpress.com/2014/06/07/mass-milab-abduction-experience-at-2013-super-soldier-summit/

Listen into the stories of various individuals who attended and or presented at the May 17,18,19, 2013 Super Soldier Summit near Las Vegas, Nevada. Just an update, Jerry Avalos is no longer working with "Thunder White Cloud"- Gary Pratt but Jerry is still pursuing Quantum Research & Development. Purchase your tickets to the video stream at http://www.supersoldiersummit.com Produced and filmed by James Rink Camera Assistant Jay Collins Special Thanks Too:

In accordance with Title 17 U.S.C. Section 107, the material on video is distributed without profit to those who have expressed a prior interest in receiving the included information for research and educational purposes.

Steven D Kelley was at this very memorable event too as a presenter, in Henderson NV for the 2013 Super Soldier Summit. So were many big names of people we have heard through the years. There were stories of kidnappings, possible mind alteration experiments and not remembering anything that happened that night after they went to their rooms. So maybe nothing happened. The theme of the Summit was "Mind Control" and many of the participants were spiritually gifted or had been mind controlled victims.

There was a written story that I've read, by one of the women supposedly taken that night with some of the others as a group, remembering being gathered together. They were supposedly taken underground and she recalled many bits and pieces and her hotel door latch was noticed broken the next morning. She recalled several things. She said that, Steven said, “I'm out of here”, then tried to leave. Steven was then put in a chokehold  by a military soldier, to lose consciousness for seconds. No one really knows what happened for sure or if anything did.

The Temple of Set was established in the United States in 1975 by Michael Angelo Aquino, an American political scientist, military officer, and a high-ranking member of Anton LaVey's Church of Satan. He was supposed connected with this Event and if these things happened, he was most likely the reason. He was involved in mind control for the Gov't and military. He was a very evil man and in the place that he belongs now most likely.

Steven D Kelley doesn't remember anything happening out of the ordinary that made this event infamous. I think he doesn't think anything happened and I hope he's right again.  Many are no longer living that were connected with this event and we may never know what or if this happened. Many have heard the strange circumstances behind Max Spiers death on July 16, 2016, just 3 years later. I sort of wish that James, Steven and I could have discussed this when we were all at an Event last year in Vegas, eight years later.