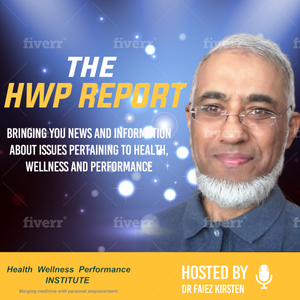 HWP REPORT
Published a year ago |
Citizen Patrick King outplays the legal system and scores for freedom in Alberta, Canada. August 5, 2021 https://www.thetanster.com/blog/2021/8/5/q5zfdoz1oidd98j8sesjvao366eazt Patrick King was fined $1,200 for violating the Alberta Public Health Act for being in a group larger than 10 on Dec 5, 2020 in Red Deer, Alberta.

In court on May 4, 2021, Patrick produced information needed to request, to support a good plausible defence. The material Patrick requested was ‘isolation’ of the SARS-COV2 virus. Patrick wanted it isolated not in a lab setting, nor in a PCR test that is over spun.

Patrick was supposed to be in court May 18. As a self representative, the judge had to advocate for Patrick and steer him in the right direction, at which time the judge allowed Patrick to subpoena Deena Hinshaw, Chief Medical Officer of Health for Alberta. Patrick’s defense was that he needed proof of ‘isolation’ of SARS-COV2 virus from Deena Hinshaw, which would give her the science to back the Alberta Public Health Act.

Stew Peters: In other words, prove to me that a pandemic exists. Prove to me we are all going to die and this thing is raging out of control. If that was the case Patrick was willing to wear a mask.

Three days later a police officer showed up at Patrick’s home to notify Patrick his court case was cancelled. Patrick called the court house and got it re-scheduled. Subsequently, Patrick was subpoenaed by Deena Hinshaw’s lawyers requesting Patrick appear in court in less than 24 hours. This is called ‘procedural violation’. You cannot serve a subpoena less than 24 hours before court time.

CMOH Has No Material Evidence … to provide Mr. King for his defence, which basically means everything Patrick requested in Schedule A i.e. ‘isolation’ of the SARS-COV 2 virus that needs to be 100% isolated in order to base scientific facts on these public health acts, you don’t have material evidence for this, and they said “No.” Patrick reiterated to the judge, “Your Honor, just for the record. I want it to be on the record duly noted that the Chief Medical Officer of Health, Alberta does not have the material evidence I request to which the judge responded “Yes, they did say that”.

Her Majesty the Queen Vs. Patrick King

Patrick was misled by the court system, which is a violation of his rights as a Canadian citizen. Patrick returned to court July 24, 2021 where Attorney General prosecutors from Ottawa were present in the court room.

The statement read ‘Her Majesty the Queen Vs. Patrick King.’ The accuser is now the Queen and Patrick gets to address his accuser.
Keywords
covid-19sars-cov2 isolationhigh court applicationpatrick king