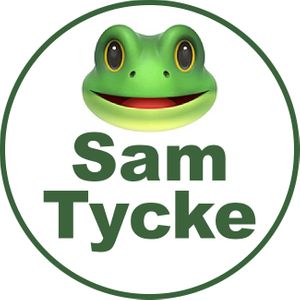 Informed Consent
Published 6 months ago |
(1) John O’Looney is a funeral director in the U.K. He recently gave an interview where he made a number of remarkable assertions. He says that while retrieving a body in November 2019, he found a hospital with a pop-up morgue, anticipating a massive wave of deaths, two months before anybody had heard of COVID-19. He says that he repeatedly saw people labeled as COVID deaths, even if they died of natural causes, of terminal cancer, or being hit by a car. All COVID deaths. He says it is his belief that thousands of elderly people in the U.K. were euthanized with the sedative Midazolam and then labeled as coronavirus deaths. But he also says that overall in 2020, the death rate compared to past years was about the same, or even down. He did see a huge explosion in deaths, but it wasn’t in 2020. It was in early 2021, and it happened almost the moment mass vaccination began. Then, from April through the summer, he says it was one of the quietest periods he’d ever seen. There weren’t enough deaths to keep the lights on. Now, he says the death rate is rising again. And the people coming in, he says, are from all age ranges. They aren’t just old people. The causes of death, he says, are heart attacks, blood clots, strokes, and multiple organ failure. Almost all these people, he says, are vaccinated. He saw a man, a barber, who died at age 23 just after getting the second shot. Now, he’s terrified of what’s happening next. Because the vaccine is now being administered to children. And if they start to die, he predicts, the deaths will just be blamed on a new “variant” of coronavirus. In short, he says, there is no COVID pandemic. He believes it’s all a sham. The elderly last spring were put down with sedatives, the dead from the past year were killed by vaccines. He believes this is a centrally organized depopulation agenda, to kill the old and cull or sterilize the young. In short, “everyone you know and love” will die in the years to come, either from the vaccine or from the government’s camps. That’s a very remarkable series of claims, but John O’Looney says he is utterly convinced he is right, and that other funeral directors and doctors agree with him. Well, after all that, Stew Peters knew he absolutely had to speak to him. John O’Looney joined Stew to discuss. Originally aired at http://stewpeters.tv on September 23 2021.

(3) Main Hirschman Interview: Worldwide Exclusive: Embalmers Find Veins & Arteries Filled with Never Before Seen Rubbery Clots
In this worldwide exclusive, Dr. Jane Ruby meets with board-certified Embalmer and funeral Director, Richard Hirschman who reveals, for the first time ever, arteries and veins filled with unnatural blood clot combinations with strange fibrous materials that are completely filling the vascular system. Many of the victims reportedly died of heart attacks and strokes. Mr. Hirschman reports that he found resistance when he tried to embalm these jabbed patients, and then found these strange materials and pulled them from the large vessels of the bodies. He also reported that he has gone from seeing 50% of his embalmed cases with these types of blockages rise to almost 80%. Originally aired at Dr. Jane Ruby Show on January 26th 2022.
https://rumble.com/vtcsgw-worldwide-exclusive-embalmers-find-veins-and-arteries-filled-with-never-bef.html

Spiro asks: Any donations would help me be consistent with my uploads, your donation will go toward hiring editors, post production and many more interviews exposing the truth.
Since this plandemic started - YouTube has obliterated by income because of interviews like these.
Paypal: https://bit.ly/3910PT3
Btc: bc1q33jcxxwnq3cmsy3zyy4z486meyeshy3xf9pz6v

Mirrored from:
FUNERAL DIRECTOR EXPOSES WHAT THEY DON'T WANT YOU TO KNOW
https://banned.video/watch?id=614f8aabd6998c13aa71bb9b
Keywords
coronaviruscovid-19plandemic