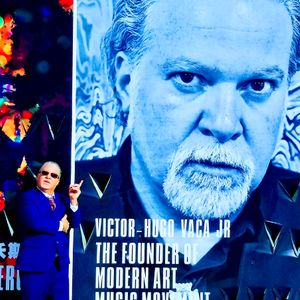 Victor Hugo Art
Published 2 years ago |
Dear President Trump,
I have sent this letter to FCC Chairman Ajit Pai as well as others as noted in the letter. YouTube & Google need to be looked into.
Dear Ajit Pai,
I have also sent this message to the CIA for investigation and will be forwarding it to the White House as well as Department of Homeland Security.
We are living World War 3 and YouTube is taking sides by censoring information based on official police reports of planned attacks on U.S. citizens by Chinese terrorists in retaliation for the Trump Tik Tok WeChat ban.
First YouTube endangered the lives of billions of people around the world by censoring, banning and deleting videos of practicing medical professionals offering global citizens a viable solution to the Chinese coronavirus pandemic that has crippled global economies and killed hundreds of thousands of people around the world, now Google owned YouTube is without merit, cause, explanation, warning or appeal, censoring information based on official police reports founded on documented evidence of planned attacks on U.S. citizens by Chinese terrorists in retaliation for the Trump TikTok WeChat spying app ban.
The question now is, will the FCC, CIA, U.S. Justice Department and Department of Homeland Security investigate why social media applications like YouTube, Twitter, Facebook and LinkedIn are openly spreading Chinese Communist Party propaganda while endangering lives of U.S. citizens by flagrantly violating the Executive Order against Social Media censorship signed by President Trump?
Though censored on YouTube other free speech platforms and news outlets continue to share this vital information with U.S. citizens around the world. So, the question is, why is Google owned YouTube, which are both banned in China, promoting Chinese propaganda and misinformation on their platforms while censoring vital, verifiable information necessary to protect the lives of U.S. citizens?
Keywords
censorshipnewspoliticstechnologylifecultureartriotsblacklivesmattergeorgefloydvictorhugovictorhugodocumentaryvictorhugobio