FreedomMovement.info
Published 2 months ago |
So, you think the global elite weren't behind this PLANdemic? Sure they were. This has been planned for many years. However, SARS-CoV-2 is nothing compared to the Hong Kong Flu, a virus that also came out of China in 1968. That virus was reported to have killed over 4 million people worldwide. But, did we shut down our country for that? Hell no we didn't. We Americans went on about our lives--business as usual. Shutting down our society, our economy, and violating the Liberty Interests of Americans because of a pandemic is not only unconstitutional, it's unprecedented in our nation's history. We have never done such a thing, even when the Spanish Flu hit us, and killed over 50 million people worldwide.

So, why all the panic over the SARS-CoV-2 virus? Because the hereditary elite who rule over us realized that the widespread fear which can be generated by the specter of sudden death by something such as a viral pandemic can be used to herd humanity, like cattle, into new paradigms of control that they have long sought to implement. You know: things like greater "tighter top-down government control and more authoritarian leadership" over humanity. In fact, that is exactly what was hoped for by the Rockefeller Foundation in a 2010 document it published that's entitled Scenarios for the Future of Technology and International Development (see page 18). [1] It even predicts that a global pandemic would hit in 2012 (two years later) that would cause 8 million deaths worldwide. This global pandemic narrative was also conceptualized by the United Nation's [Communist-run] World Health Organization in its "Disease X" exercise (2018) and by the Bill & Melinda Gates Foundation and the World Economic Forum in their "Event 201" exercise (2019) as a great way to implement global governance over all of humanity.

The views and opinions expressed in this video do not necessarily represent the views of Brighteon or its affiliates.
Related videos
4:59 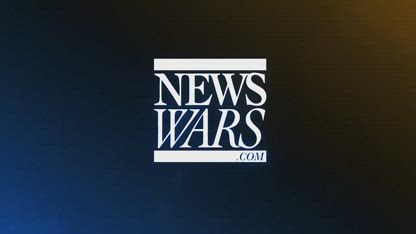 Why You Should Cancel Netflix
InfoWars - Alex Jones Channel
1376 views
4:15 Hannity: My message to the media
NewsClips
384 views