The Pete Santilli Show
Published 9 months ago |
Shop nowDonate
Despite Prior FBI Statements that Seth Rich’s DNC Computer and Emails Were Investigated, FBI Now Claims No Related Docs in FOIA Request. Attorney Requesting Documents Demands Court Step In. Texas businessman Ed Butowsky filed a lawsuit where he outed reporter Ellen Ratner as his source for information on Seth Rich. The DNC operative was murdered in the summer of 2016 in Washington DC. His murder was never solved. According to the lawsuit Seth Rich provided WikiLeaks the DNC emails before the 2016 election, not Russia. This totally destroys the FBI and Mueller’s claims that Russians hacked the DNC to obtain these emails. E-Militia Article: EmailGate: Epic Battle Between FBI & DOJ In Progress; Covering Up Murder of DNC Operative http://ow.ly/vMVb30pK70Y

GUEST: Ty Clevenger is a 49-year-old lawyer, East Texan raised on a small farm, in Aggie. He practiced law in Collin County for a time. Now he handles mostly civil rights cases in Texas. One reporter described Mr Clevenger as a fearless, saber-toothed legal hit man for what he believes is right. Among those in his cross hairs: lawyers, federal judges, presidential candidates, the Texas attorney general, and in some Texas towns even lowly city council members. Ty is a former reporter, a former police officer and, since 2001, a lawyer. "I don't like watching people get away with things because they're powerful," he says, are words he tries to live by.

Mr. Clevenger downplays his role in the struggle to reform our Judicial System by simply referring to himself as just a Lawyer and blogger but in 2016 he was one of the first high profile attorneys to file grievances with the D.C. Bar and with bar associations in New York, Maryland and Arkansas against the following notables:
Hillary Clinton, about her email problem. What The Keto Diet Actually Does To Your Body
Smile For Science
312 views
7:08 How to Reverse Hearing Loss and Tinnitus
Endalldisease.com
232 views
10:34 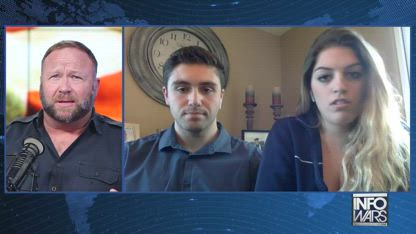