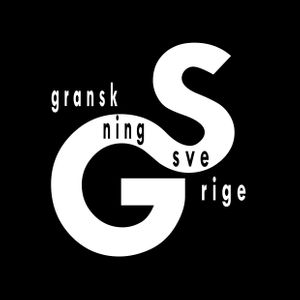 Granskning Sverige
Published 2 years ago |
Sweden. The country where the government not only supports and cooperates with socialist AntiFA, it also gives grants to both the organization and the people, provides meeting venues and finances their illegal archives of citizens registered opinions.

Sweden. The country where the media does not scrutinize the globalist terroristic AntiFA. Instead, they pour in money and praise AntiFA. For thirty years journalists have even participated in various violent AntiFA acts.

The experimental anti-racist Sweden, hith its turned non viloent police, has lost control over illegal immigration and serious crime. This gives the mafia-like moral police AntiFA, free play. With Sweden as a base, AntiFA is exporting its violence abroad.

Project Veritas has now revealed that a division of the terror-labelled AntiFA, was founded by the Swedish couple Victorin.

In 2013, the Bonnier magazine Expressen was openly collaborating with AntiFA Documentation. In the first half of the 2010:s, the AntiFA called themselves the Research Group, before switching to Siren in 2016. The research group boasted of being the Stasi of Sweden, and a sister organization to Expo. Both organisations were later praised by the Bonnier family’s great journalist gala.

The Social Democrats and the Bonnier Family operates in a symbiosis, and AntiFa is their moral police who make home visits to people who are critical.

Thus, with the approval of the government and the Bonnier family, AntiFA is in control of limiting free speech in Sweden..

The consequence of having the anarchist AntiFA replace the police is that Sweden is not only a threat to its own existence, but also to the EU and the entire democratic world. Sweden systematically gives illegal citizens, terrorists and other criminals from the Middle East and Africa Swedish citizenship and passports. If you as a criminal throws away your identity documentation, Sweden will welcome you with open arms and give you a brand new start again identity with a clean criminal record. Sweden is one of the strongest recruitment bases for the Islamic State. Sweden is also, as project Veritas showed, an exporter of AntiFA violence. It is probably no coincidence that the previously so hyped, but now marginalized Greta Thunberg was created in Sweden. Her mother and father are loyal to the Social Democratic Party and, just like Greta Thunberg, openly sympathize with AntiFA.

In all likelihood, the Swedish regime will try to censor this film. So share, download and re-upload it. Help the good forces show how Sweden is a platform and breeding ground for socialist AntiFA, violent terrorists and other globalist mafia-like moral police.
Keywords
antifaswedenswedish governmentbonnier