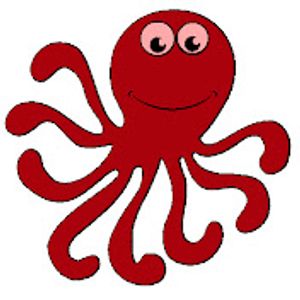 It was Kary Mullis, Nobel Laureate in Chemistry, conveniently deceased in 2019, who discovered and created PCR, who said that it should never be used to detect a virus or any disease. The purpose of all this has been to impose vaccination with the sinister ingredients that we are discovering in vaccines for their macabre control purposes. (The PCR test is the key to manipulation).

Kary Mullis, biochemist and Nobel Laureate in Chemistry, conveniently deceased for the elite, in August 2019, who discovered and created the PCR or polymerase chain reaction, an invention that after his death was used by governments to lock up humanity with fallacies and arguments about its usefulness.

He was the inventor of the PCR test, who said it should never be used to detect a virus and openly criticized Fauci, then mysteriously died just before the Covid pLandemia was announced. But did you know that he also exposed the HIV (AIDS) scam?

He listens well to his words, because he explains why the PCR TESTS CANNOT DETECT ANY DISEASE.

He was very angry because they were using his test to detect the HIV virus (AIDS), something that he considered a fraud and a deception of the population. It is now understood that he died two months before the start of the Plandemic, on August 7, 2019, under strange circumstances (they say due to sudden pneumonia). Kary Mullis was MURDERED for making these statements.

Official FDA documents admit that the “Covid” PCR tests were developed “WITHOUT” isolated samples to calibrate the test, admitting that PCRs are useless.

A document published by the US Food and Drug Administration (FDA) openly admits that the infamous PCR test for the Wuhan coronavirus (Covid-19) was not developed with real samples, but with what appears to be genetic material from a common cold

In the FDA document, it is clearly stated that ordinary seasonal flu genetic material was used as a test marker in PCR test kits because authorities knew that many people would test "positive," allowing them to use these results to create the “Covid” narrative.

Also the US Centers for Disease Control and Prevention (CDC) are finally admitting that PCR tests are useless to try to detect the presence of Covid-19 inside a person's body.

To date, there is no scientific evidence to prove the existence of the supposed SARS-CoV-2 virus.

We are in the hands of a CRIMINAL New World Order, made up of a Globalist Elite that is attacking all of Humanity, with the implementation of its 2030 Agenda that hides its true intentions: vaccination for REDUCTION AND CONTROL of the population (with the complicity of all Governments and Media «bought» to execute the PLAN)

No doubt about that. The PCR test is the key.