FreedomMovement.info
Published a month ago |
So, you thought PizzaGate was a myth? Of course you do. Why? Because that's exactly what the MSM wanted you to believe. But, wait until this documentary walks you through all of the Podesta/Clinton/Obama/Pelosi emails that were obtained by WikiLeaks, as well as other evidence that's out there which clearly shows you how that and other important information has been cleverly hidden from you by the mainstream propaganda media, and by rogue elements within the U.S. government.

No wonder Julian Assange was hunted and disappeared like he was by the Deep State.

Wait until you see the video made by a passer-by of the naked boy escaping from a window of Buckingham Palace. Wow! Incredible! That too was swept under the rug by MSM. Even Scotland Yard pretends that it never happened.

This video documents the ongoing pedophilia, human trafficking, and Satanic rituals that are currently being engaged in by scores of well-know people in government, business, and the entertainment industry as good as any I've seen.

In my opinion, the research and analysis provided in this documentary is spot on, and therefore, worth sharing. That's why it's currently being banned on every Deep State, Tech Giant platform such as Fakebook, Twitter, and Google. However, the truth is something Mike Adams won't ban here.
Keywords
AffleckSwamp CreaturesZuckerbergPodestaDeep StateObamaPelosiPedophiliaClinton 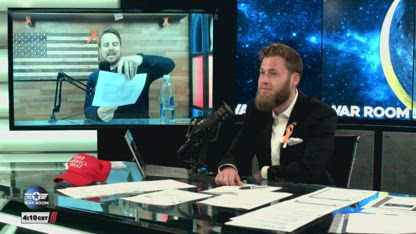