FreedomMovement.info
Published 2 months ago |
According to a new study published by UCLA and Stanford entitled "Estimation of Individual Probabilities of COVID-19 Infection, Hospitalization, and Death From A County-level Contact of Unknown infection Status," it states as follows:

To put this in simpler terms, you have a 1 in 19 million chance of dying from COVID-19, folks. To put this in its proper perspective, you have a 1 in 114 chance of dying in an automobile accident. However, do we overthrow civilization, or ban driving because nearly 500,000 Americans die each year in car crashes? No. Of course not. Unexpected death is just a part of life. Isn't it? We accept those risks. We have always accepted those risks.

I would say that, even for one of the most vulnerable age groups-- people who are between 50-65 years-old, there's only a 1 in 19 million chance of dying from COVID-19, which is obviously an acceptable risk. The average person has a statistically higher risk of dying from slipping in the bathtub, for God's sake, or being killed by his own doctor. After all, M.D. directed medical treatment errors claim an average of 250,000 American lives each year.

Hmmm. Makes you think about this giant, worldwide PSYOP/Globalist takeover operation a little harder. Doesn't it?

The views and opinions expressed in this video do not necessarily represent the views of Brighteon or its affiliates.
Related videos
4:58 The Art of Persuasion - The RIGHT Way : Surprise and Details
The Civil RIGHT
116 views
10:38 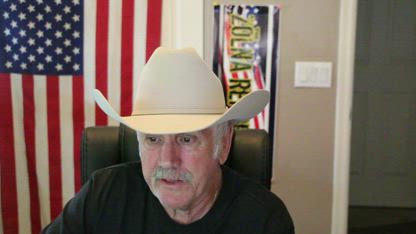 Prince Andrew Has A Lot Of Explaining To Do!
zolnareport.com
259 views
16:08