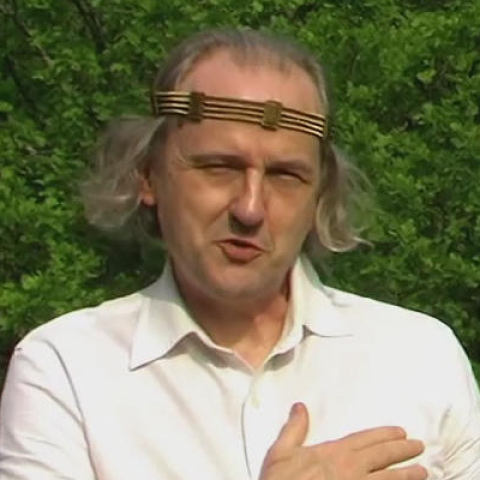 LegeNet
Published 2 years ago |
MIRROR of "Dolores Cahill - Dolores Cahill Phd is interviewed by Liam Galvin. "I Would Sue For Murder if Someone Forcibly Injected Me With The Vaccine!" | Facebook" posted there Tue 29 Dec 2020, 09:55 UTC.

Transcript from there: So people know who you are um obviously there's been a vaccine That's come out over here uh in England um what is your advice about vaccine? should people take them so they take in relation to the coronavirus and I would not personally take an MA vaccine to the coronavirus. No, and I have said if you paid me 10000000 pounds, I would not take one and if anyone forcibly injected me like they can potentially try to do in Australia. I would sue someone for attempted murder and the reason I'm saying. That is that I've spent 20 years looking at the immune system and there is a huge issue that when uh they make RA vaccines against RNA viruses that over 20 years or 40 years that when they tried them in animal models that up to one-third or half or all of the animals either got seriously ill or died, and they've also tested some of these RA vaccines in humans and in children and in babies uh and in some case. We will say half of the children would have had serious adverse events have been hospitalized and in one case two babies out of 35 in a study. The two babies died so that the adverse events and death over the last 20 years related to uh RA vaccines has been so significantly bad that zero vaccines have been licensed for coronavirus in the in ever so uh. A lot of people are gonna be pressured into having the vaccine. uh what what can they do to fight that pressure in the workplace and in general life? Well, I would say for the societal changes that are happening, you know in 2020, the first thing you just say is no, and I would say to someone if someone is forcing you to get a vaccine to keep your job or to travel. I would say I'm afraid don't take it and then make a plan you know uh are you concerned uh about all the talk of uh of a coveted possible. Yes I am. So we all have in a rights which are rights that are given to us by being human and being born and we have freedom to travel and we have these rights every single one of us and no one can take them away so that no one can threaten you or coerce you uh to say you cannot travel unless you do something that is against our fundamental rights and people. I think we uh you know around the world as you know we're involved in the word Freedom Alliance and part of that as an education pillar that people have systems. Not been educated that we have in rights and they include enable rights to freedom of speech, freedom of travel and bodily integrity. So no one can stop you and your freedom of travel. You have that enable right it can't be taken away uh your freedom of speech and you have bodily integrity. so no one can force you to have you know medical intervention such as a vaccine or test uh that is not and no one can do that and it's against all of our freedoms and. Rights and against the code, you cannot be coerced into having medical treatment to either keep your job or job. So what is your overall view of the pandemic and is it is it true or is it built on a lie? So I suppose what people can if they're uh listening now is search for the World Health Organization Declaration on the eleventh of March 20 and there they will see on the second line that the world health or. Organization said that the cost of agent was a Corona virus and which we all know or should know the Corona viruses only caused illness and symptoms in the northern hemisphere. So we say Asia Europe and North America between December and April, and so they declared the pandemic on the eleventh of March, and they said that in the whole world 4291 people had died so that if I've been. Saying if you're president or prime minister, you have to say, okay, how does that compare to every year people die including from influenza like illness how many people die every year and every year between 1000000 people die so we say half a million people, so they declared the pandemic not when something was the same as every year, not even half or one-tenth or one twentieth or one fiftieth, but at 1\u0025 of the amount of people. Die every year and if I was Prime Minister President, I would say no one percent of you know almost at the end of the Corona virus flu season is not a reason at all to declare pandemic and I think fundamentally uh they should not have declared it, but also it's been known for 50 years that people can actually do something themselves, which is to boost their immune system so that less people will die and that involves taking things that have won Noble prizes like vitamin D, one a noble price for how good it is for our health, vitamin C and zinc. And also there are drugs that work really well some of them around the world Health organization uh essential medicines of the world because they are so good and so safe, including hydroxy and zinc. [!>NO MORE CHARS]
Keywords
social issuesdolores cahillcrime and tragedycoronavirus disease 2019 - covid-19 - sars-cov-2