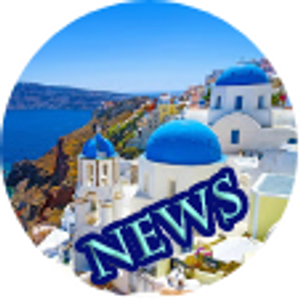 Archbishop Carlo Maria Viganò, the Italian prelate well known for his criticism of Pope Francis and opposition to globalist schemes, issued Tuesday a dire warning and a powerful clarion call:

A "global coup d'état" is taking place, he stated, for the purposes of effecting a "Great Reset," a movement toward the "New World Order."

To combat this, Viganò implored, it "is necessary to form an international Anti-Globalist Alliance, which gathers all those who want to oppose the dictatorship, who have no intention of becoming slaves to a faceless power, who are not willing to cancel their own identity, their own individuality, their own religious faith."

"If the attack is global," he continued, "the defense must also be global."

Viganò has long warned that COVID-19 is being leveraged by demagogues to increase their power and strip personal liberties, but his latest appeal is perhaps his most powerful yet. Released to website Gateway Pundit and titled "APPEAL FOR AN ANTI-GLOBALIST ALLIANCE," the prelate opens saying:FOR TWO YEARS NOW we have been witnessing a global coup d'état, in which a financial and ideological elite has succeeded in seizing control of part of national governments, public and private institutions, the media, the judiciary, politicians and religious leaders. All of these, without distinction, have become enslaved to these new masters who ensure power, money and social affirmation to their accomplices. Fundamental rights, which up until yesterday were presented as inviolable, have been trampled underfoot in the name of an emergency: today a health emergency, tomorrow an ecological emergency, and after that an internet emergency.

This global coup d'état deprives citizens of any possibility of defense, since the legislative, executive, and judicial powers are complicit in the violation of law, justice, and the purpose for which they exist. It is a global coup d'état because this criminal attack against citizens extends to the whole world, with very rare exceptions. It is a world war, where the enemies are all of us, even those who unwittingly have not yet understood the significance of what is happening. It is a war fought not with weapons but with illegitimate rules, wicked economic policies, and intolerable limitations of natural rights.

Supranational organizations, financed in large measure by the conspirators of this coup d'état, are interfering in the government of individual nations and in the lives, relationships, and health of billions of people. They are doing it for money, certainly, but even more so in order to centralize power so as to establish a planetary dictatorship. It is the Great Reset of the World Economic Forum, the Agenda 2030 of the United Nations. It is the plan of the New World Order, in which a Universal Republic enslaves everyone and a Religion of Humanity cancels Faith in Christ.
Keywords
vaccinesdeathfaithnwoemvolioparenergies