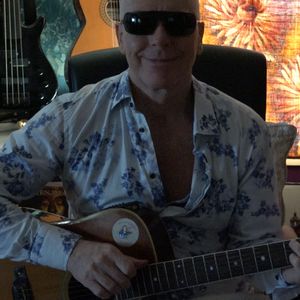 Michael
Published 2 months ago |
People of the Sunrise & Sunset
To anyone interested I deliberately play simple guitar that anyone can jam along to and my mind set is Iam recording the songs in my home in a sky scraper full of people meth addicts crack addicts, heroin Addicts and Alcoholics and they mess with my mind and Songs 24/7 on behalf of the murders of Princess Diana, Dodi Al Fayed and Henry Paul, Jill Dando, Doctor kelly, Nurse Brenda Boyers who told the Police about the Murders Family who her sister in law Iris caffery worked for 20 years as a House keeper for the Murder Stan Henry the murder of Angus Sibbett 1967 better known as the One Armed Bandit Murder and the murder known as the Torso In The Tank Murder a 17 years Old
Ilene MacDougal both murders were solved by myself and Jill Dando and Nurse Brenda Boyers who was poisoned for helping Crime Watch Jill Dando's TV show, Stan Henry of the Bailey Organisation sent his son
Ian Winch Henry the pedophile ring leader and friend of Brian Epstein who visited their home for the under teens pedophile ring infants from Fulwell Infant School, Ian henry Trafficked children from the school to his home 1 mile away he claims to work for the CIA Mossad branch to do the Murders of course being a millionaire Casino and Night Club and Health Club business operator he arranged for other people to actually do the murders former Police Commissioner Brian Mackenzie Blairs advisor to law and his son Robert carried out the murders with the help of Russell Bonelli, Grant Tully, Patrick Thompson, Gary Pern, Norman Massey all criminals from Sunderland and South Shields and my father and Son were murdered by the suppliers of the drugs to the building and the perps they have targeting me inside and outside of the building are meth addicts and Crack addicts who think the are important people because they work for the Blair family
Keywords
peopleofthesunrise people of the sunset