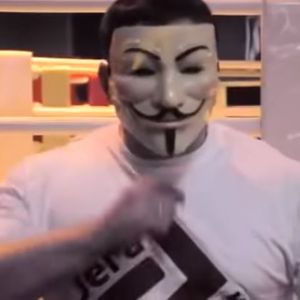 Harry_knowledge123
Published 20 days ago |
The former twin towers of the stoic World Trade Center stood proudly as two prominent pillars, forming the numeric, vertical structure and appearance of the number 11. The towers, standing side-by-side like the number 11, had 110 floors (1+1+0=11).

The local radio station #qq was also housed there, and their icon was the image of the twin towers standing for the number 11.

And when you analyse other number synchronicity's and hidden numerology you'll be astonished how many times the numbers 9 and especially 11 appear and re-appear not only with regard to the date & location of the event, even backwards and forwards in time / history. Below are the eery facts. Let's take a closer look:

​On top of this, it is interesting to note that there were 111 days left to the year.​

Furthermore, the event happened in New York City, which contains 11 letters, and New York was the 11th state to be added to the 'union'. ​

The plane that hit the North Tower was Flight Number 11.

11 of those people were crew members.

It struck 9 floors all together (between the 77th and 85th).

​On 9/11, Bush Junior declared 11 days of mourning and the American flag was strategically half raised for 11 days.

​Many years before the 9/11 event another incident had occurred. On the 13th Feb 1975, there was a fire on the 11th floor of the North Tower.

On 9/11/1990, President George Bush told Congress: "Out of these struggling times we conceive our 5th objective, a New World Order coming into view... where nations join the common cause to reach the common aspirations of mankind."

Hauntingly, exactly 911 days after the 9/11 attacks, there was another negative event in the media - the Madrid train bombings.
​
​It is said that on that very day, the owner of the world trade center bought another tower, the Sears tower for you guessed it - $911 million!
Keywords
occultzionismfreemasonry