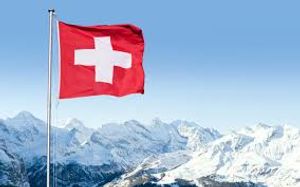 Zurich Times
Published 2 years ago |
Rocko let's let's make sure we're clear on something. Let's stipulate that this is not a vaccine. I mean, we need to be really clear, we're using the term vaccine just sneak this thing under public health exemptions.

This is not a vaccine.

This is a mRNA package in a fat envelope that is delivered to a cell. It is a medical device designed to stimulate the human cell into becoming a pathogen creator. It is not a vaccine vaccines actually are a legally defined term.

And that is not what this is, they have been abundantly clear in saying that the mRNA strand that is going into the cell is not to stop transmission, it is a treatment. But if it was discussed as a treatment, it would not get the sympathetic ear of public health authorities because then people would say, Well, what other treatments are there?

The use of the term vaccine is unconscionable for both the legal definition term of it, but also because it actually is the sucker punch to open and free discourse. Because by saying vaccine, you dump it into a thing where you could be anti or Pro, the therapy.

But if you actually talked about it as a therapy, remember, and people forget this, Moderna was started as a chemotherapy company for cancer, not a vaccine manufacturer for SARS, that, you know, if we said we're going to give people prophylactic chemotherapy for the cancer, they don't have, you'd be laughed out of a room because it's a stupid idea. That's exactly what this is. This is a mechanical device in the form of a very small packet of
Keywords
trumpvaccinebidenfemamartial lawfema campscovid-19covid19covid