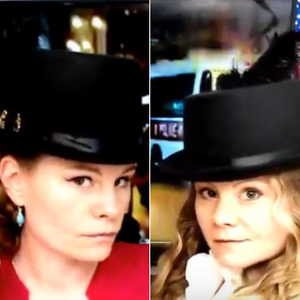 Resistance Chicks
Published 2 years ago |
Shop now
On tonight's weekly round-up of this week's TOP news stories: #HunterBiden says laptop could be his, but it was hacked by Russia... An attack in DC, driver drove into barrier and was shot by police... Corporations such as #MLB, #Apple, #Coke, & #Delta... Attack Georgia's new election laws... And we'll talk about #ClayClark 's #HealthandFreedomConference in Tulsa, Oklahoma at #Rhema ... all of that and MUCH MORE!!!
View the Rest of tonight's show LIVE here: https://www.resistancechicks.com/news/hunter-biden-laptop-could-be-mine-dc-attack-corporations-attack-ga-new-election-laws-4-2-21/
Keywords
newsblmhunter bidenapplecokerhemadeltaclay clarkhealthandfreedomconference