World's Best
Published a year ago |
VERY DANGEROUS: China Steals US Designs For New Weapons - China's intellectual property theft of both civil and military information is no secret.
From alleged attempts to hack into Swedish telecom provider Ericsson to the theft of information related to the F-22 and F-35, there are several instances of China gaining access to foreign technology or trying to do so.
There are also examples of Chinese military systems looking suspiciously like US systems — the F-22 and the MQ-9 Reaper drone among them. Other elements of those Chinese systems — the software, technology, and manpower used to operate them — aren't on par with the US military yet.
But they might not be far behind, according to Defense Secretary Mark Esper. At the Department of Homeland Security's National Cybersecurity Summit on Sept. 19, 2019, he warned that China is perpetrating "the greatest intellectual property theft in human history."
Esper told attendees that he had cautioned European allies against allowing Chinese companies to build 5G cyber networks in their countries, warning that to do so would risk sensitive national security information.
"Every Chinese company has the potential to be an accomplice in Beijing's state-sponsored campaign to steal technology," he said, highlighting China's integration of civil and military technology, an area in which Beijing surpasses the US.
"China has systematically sought to acquire US technology both through traditional espionage means, as well as through legal investments in companies," Daniel Kliman, director of the the Asia-Pacific Security Program at the Center for a New American Security, told Insider.
"The United States very much still retains a military technological edge, but it's clear that edge is eroding," Kliman said.
Read on to see how China's carbon copies stack up to US weapons systems.
Keywords

The views and opinions expressed in this video do not necessarily represent the views of Brighteon or its affiliates.
Related videos
19:13

Ripping Babies From Parents: Not At Border But At Birth
The David Knight Show
167 views
3:56 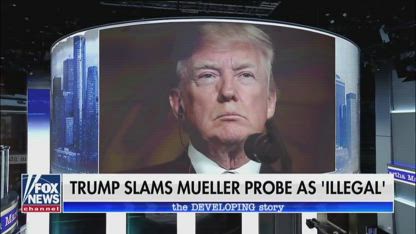 Finger Gun? You’ll Have to Take It From My Cold Dead Hands
The David Knight Show
104 views