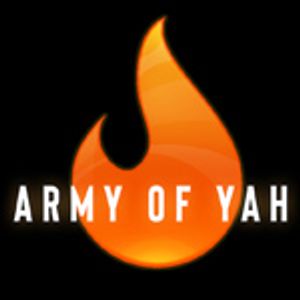 Army of YAH
Published 8 months ago |
We gave the system one full year to work itself out. Now, Warriors, 2022 is our turn! (text/info BELOW)

_Narrative:
This directive is for the 9 Supreme Court Justices, themselves.

In 1973, seven members of the Supreme Court of the United States made a single ruling. And for 49 years, have imposed their will & moral beliefs: (that women have a right to kill their own babies), on the whole of the American people.

Roe v Wade is not only unconstitutional. It is immoral, unethical, and in the plain sense of the word, TREASONOUS.

According to research by the pro-choice Guttmacher Institute: Twenty-six US states are (quote) “certain or likely” to ban abortion if Roe v Wade is overturned.. 26—is that not the majority? By the Left's own admission, we the people (the majority) and our unborn children have been held hostage for nearly 5 decades by a single, misguided, clearly-UNCONSTITUTIONAL, Supreme Court decision.

How is that not TREASON?

The Federal Government was created FOR the people, BY the people. It's primary goal is to protect and serve the WILL of the people. It was never designed to dictate, mandate, or rule. In fact, it was just the opposite. It was designed to uphold and enforce the rule OF THE PEOPLE. Mandating new rules for the entirety of America by the decision of seven people in one case was NEVER the courts intent. To be plain, the precedent that Roe v Wade sets is not only UN-constitutional.. It's ANTI-constitutional. And "anti-unconstitutional," Dear Justices, is simply a fancy made-up lawyer-word for, TREASON.

Were not asking you to abolish abortion. We're not asking you to commit more treason by mandating the enforcement of life. We're simply demanding that you uphold the Constitution, the limitations of your office, and the will of the People you swore to protect: send this decision back to it's rightful and lawful place, each individual state. Leave this issue for the people of the states, to resolve appropriately through their own Constitutionally designed, democratic process. In plain talk: You let us, we the people, decide. And you stick to doing what you were created and limited to do – upholding and enforcing our decisions.

This is not unprecedented. This is not out of the ordinary. The Supreme Court has overturned and Constitutionally corrected itself 150 time prior. Dred Scott v. Sandford, Plessy v. Ferguson, Korematsu v. United States to name a few. Roe supporters would have you believe the original decision “settled” the issue. When in fact, “The Court’s unwarranted exercise of raw political power did nothing to temper the division and much to enflame it. In that respect, as in others, it profoundly resembles Dred Scott v. Sandford, and deserves to join that infamous ruling on the ash heap of history.”

We love you. We thank you for all that you do. Stand up. Do the right thing! It's your Constitutional duty to overturn the rogue, antiquated, treasonous, outdated, baby-killing mandate set by the misguided over-reach of your former peers. It's the WILL of THE PEOPLE. Overturn, Roe v Wade.