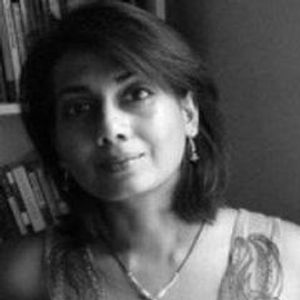 Better-edited version of Report 296. It's hacking and freezing which makes these messes...thanks NSA!

Probing and exploratory conversation on the numerous facets of AI and brain control technology—BCI Tech, Nanotech, DNA Resonance Frequency brain links, Neuromodulation--being unlawfully tested on thousands of people today by unscrupulous elements in the Military Industrial Intelligence Complex, while anti-personnel Directed Energy Weapons and Wifi technologies are used ruthlessly on all those unlawfully targeted, in trauma-creation and punishment as if within a social-credit-matrix already, in beta-testing readiness it appears for a mass rollout on all populations, as part of the global transhumanist Agenda 2030 scenarios envisioned by our resident psychopaths on the planet.

The neuroweapons of today, Dr. James Giordano and MI 5 scientist Barrie Trower tell us, are of such calibre that they can be used to develop the classic symptoms of mental illness, obtain fraudulent diagnoses and bury people for life in asylums. DNA resonant frequency links with a computer, Bryan Kofron informs us, permit the human mind to be invaded at the cellular level, offering a digital superhighway to non-consensual neuro manipulation where computer operatives assisted by AI could intervene with human perception, sensory data, memories, hopes, dreams, emotions, intentions and begin to alter the pattern of who we are at the neural and cellular level: the ultimate 1984 control grid operant inside our own brains, through external agency which is conducted in absolute stealth, the most insidious colonist imaginable, one we would never suspect, as our thoughts, emotions, actions and words begin to change, manipulated by this external supercomputer AI. Kofron – and our own analyses of current affairs – tells us this is already happening: just witness the Manchurian candidate creation ongoing still, the mass shootings, the stabbings...people reporting they are acting out of character for themselves.

Tarun recounts his own experience in Detroit, Atlanta, and San Jose of being multiply stalked, harassed and threatened online and physically as he began to experience home and car vandalism and break-ins along with cyber-harassment and mounting evidence of mind-hacking being presented to him.

Far-fetched as this may sound to some, Silicon Valley technologists are aware now and part of the rush to hack the human mind, brain, and consciousness, and there is much information available now from TED Talks, DARPA podcasts, video lectures and presentations, from such as Steve Hoffman, Dr. James Giordano, Dr. Charles Morgan, Dr. Robert Duncan—neuroscientists and AI-cyberneticists who have worked for the DOD and CIA and understand the breadth and depth of the human experiments being run as the race to build a fully-digitized virtual world replete with Digital Twins for every man woman and child on the planet rushes ahead.

World sentient simulations, quantum computing, and supercomputer AI have also been described by security industry specialist and whistleblower Bryan Kofron aka Justin Carter, and various scientists working on the Human Brain Project, excerpts from some presentations included in this video.

FREE YOURSELF FROM THE MATRIX OF MORTGAGES, DEBT, AND RIGGED COURTS:

Sign in to the (UK's) Matrix Freedom platform (link supports this channel):