The Pete Santilli Show
Published 8 months ago |
Shop nowDonate
President Trump has ratcheted up his claim that the Obama White House spied on his 2016 campaign, charging in a new book that it was a “treasonous” act by the former Democratic president. “What they did was treasonous, OK? It was treasonous,” he told author Doug Wead for his upcoming book, "Inside Trump's White House: The Real Story of His Presidency." “The interesting thing out of all of this is that we caught them spying on the election. They were spying on my campaign. So you know? What is that all about?” said Trump. “I have never ever said this, but truth is, they got caught spying. They were spying,” said Trump who then added, “Obama.”

GUEST: Mark Cage is the elected Sheriff in Eddy County New mexico. He is a recognized expert in civilian and military law enforcement, counter-terrorism/narcotics enforcement, firearms and unarmed use of force as well as law enforcement administration and leadership. He maintains his instructor certifications in General Police Instruction, Firearms, and Defensive Tactics. Sheriff Cage retired from the United States Navy at the rank of Chief Petty Officer after receiving numerous accolades for excellence in leadership and outstanding performance. He is a veteran of the Cold War as well as Operations Desert Shield, Desert Storm and Enduring Freedom. The Sheriff recently said that his deputies would not be part of Beto O’Rourke’s anti-gun, “personal Gestapo,” rounding up guns belonging to law-abiding Americans . “The thought of anyone utilizing my sheriff’s office or any other law enforcement agency in this country as their personal Gestapo to go door to door violating citizen’s rights is disgusting, unrealistic and downright un-American.” Sheriff Cage recently met with President Trump.

The views and opinions expressed in this video do not necessarily represent the views of Brighteon or its affiliates.
Related videos
6:06 If your life is EASY, survival will be HARD
Health Ranger Report
240 views
10:42 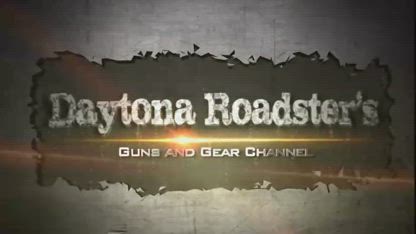