Big Bang Videos
Published a year ago |
Shop now
Typhoon Kammuri pummelled the Philippines as it made landfall for the fourth time on Tuesday afternoon, packing winds of up to 170km/hour.
According to the Philippine Weather Bureau, continuous intense rain will hover over the capital and neighbouring provinces.
Citizens were advised to watch for storm surges of up to 3 metres (10 feet) and flooding. Kammuri was expected to head out of the country on Thursday.
The Category 4 typhoon left a trail of fallen trees and overturned vehicles in its path. More than 200,000 people were evacuated.
Two people were killed; one man died after a tree fell on him.

The views and opinions expressed in this video do not necessarily represent the views of Brighteon or its affiliates.
Related videos
01:20:52 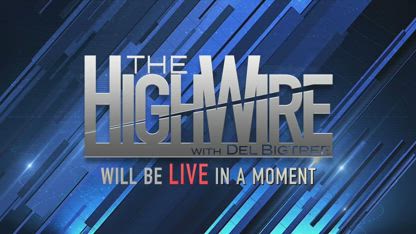